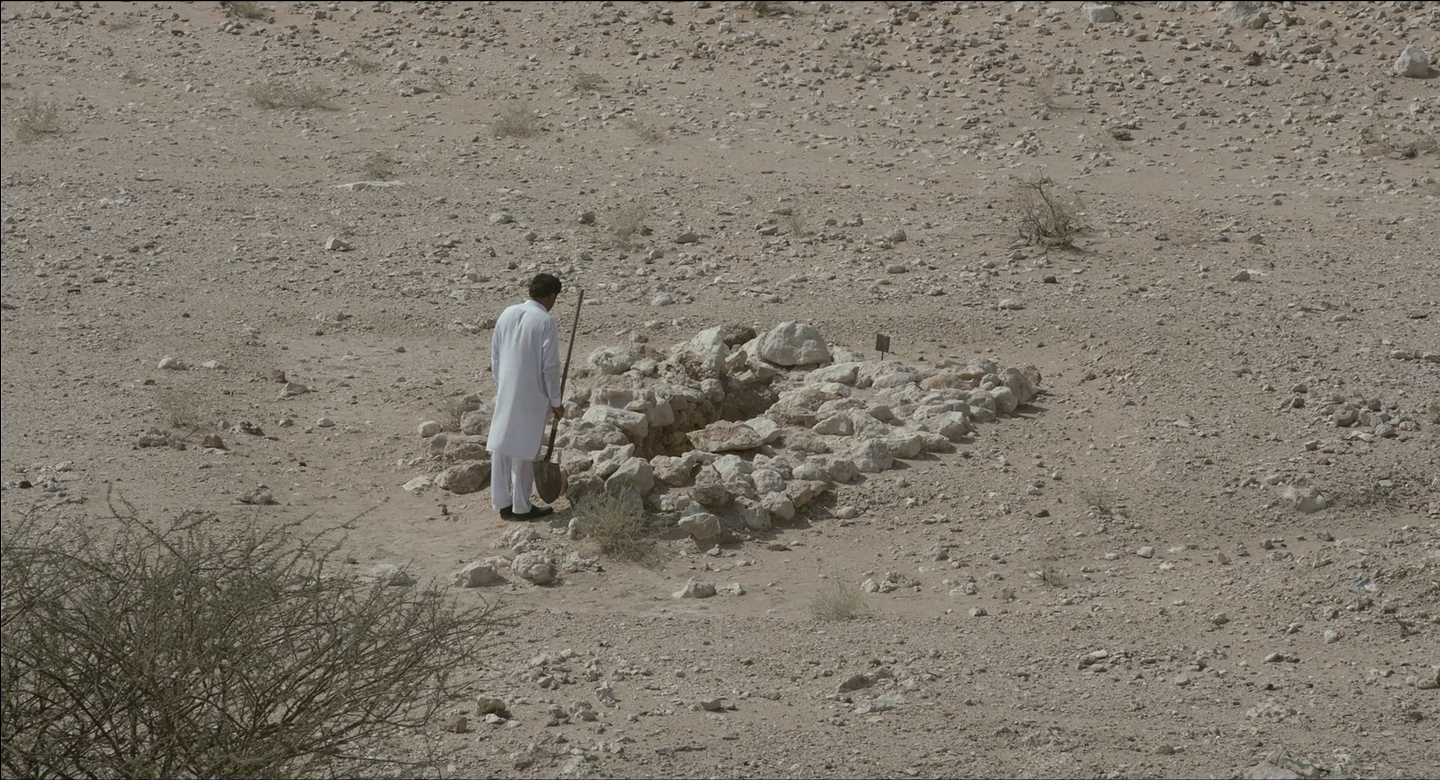 Working across a wide range of different media, Lebanese artist Ali Cherri (b. 1976) has steadily explored his native land as a political, geographical, climatic and religious territory. Whether investigating archaeological and sacred sites, borders or seismic fault lines, Cherri has searched for new ways to map and imagine Lebanon and its place within the Middle East. His recent solo exhibitions include Somniculus at Jeu de Paume, Paris and CAPC musée d’art contemporain de Bordeaux (2017); Galerie Imane Farès (Oct. 2017); and Sursock Museum, Beirut (2016). His films have been shown in international film festivals including New Directors/New Films MoMA NY; Cinéma du Réel, Centre Pompidou; CPH:DOX (winner of NewVision Award) amongst others. Ali Cherri lives and works in Paris and Beirut.

In a cyclical structure from dark to light, “Un Cercle autour du Soleil” is a reflection on growing up in Beirut during the civil war years, and adapting to the “post war” life: accepting the body that is in ruin, and learning to live in the city that is always already in ruin. – Ali Cherri

Between dreamscapes and reality this video is a journey in three chapters, on the backdrop of the uprising in the Arab world. A Rise, a Decline, and a Fall that would create a tabula rasa and a new start. “Sometimes dreams have to hurt before they become reality” – AC

Earth-shattering events are relatively par for the course in Lebanon, with war, political upheaval and a number of social revolts. While the Lebanese focus on surface-level events that could rock the nation, few realize that below the ground we walk on, an actual shattering of the earth is mounting. Lebanon stands on several major fault lines, which are cracks in the earth’s crust. This film investigates the geological situation in Lebanon, trying to look for the traces of the imminent disaster. – AC

For twenty years, Sultan Zeib Khan has kept watch over a ruined Neolithic necropolis in the Sharjah desert in the United Arab Emirates. Although majestic, the wide-angle shots have no monumentalising intent: the beauty and extent of the site speak for themselves. What is playing out here is the possibility for one man to become part of a landscape that overwhelms him yet seems to need his help. Seen under the silhouette of a rock about to devour him or as a dwarfed figure spade in hand walking from the back of the frame, Sultan curiously busies himself from day to day to prevent the ruins… from falling into ruin. Hamlet’s words in the famous gravedigger scene come to mind: “Has this fellow no feeling of his business? He sings at grave-making.” But here the human remains have long since become archaeological artefacts: the highly luminous outside sequences alternate with shots inside a museum where the bones are sorted and laid out for the visitor’s eye. The switching between day and night but also the soundscape of the man’s singing and the sound of his transistor radio suggest that even the greatest solitude can allow itself be inhabited. Above all, it underlines the paradox of these empty tombs, where death is compounded by the absence of the relics. – Charlotte Garson