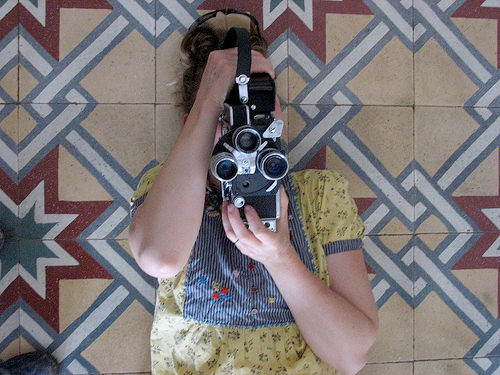 Kathryn Ramey is a filmmaker and anthropologist whose work operates at the intersection of experimental film processes and ethnographic research. Her award-winning and strongly personal films are characterized by manipulation of the celluloid including hand-processing, optical printing, and various direct animation techniques. Her scholarly interest is focused on the social history of the Avant-Garde film community, the anthropology of visual communication and the intersection between avant-garde and ethnographic film and art practices. She has been the recipient of numerous awards and fellowships including the Social Science Research Council on the Arts fellowship, the LEF New England Moving Image Grant, the Pennsylvania Council on the Arts Fellowship, Massachusetts Cultural Council Artist Fellowship; and she is a Creative Capital awardee. She has published articles in Visual Anthropology Review, The Independent, JumpCut and Ethnoscripts as well as the anthologies Women’s Experimental Cinema (Duke), Made to Be Seen: Perspectives on the History of Visual Anthropology (U of Chicago), Anthropology and Art Practice (Berg), Experimental Film and Anthropology (Berg) and Looking with Robert Gardner (SUNY). Her films have screened at festivals and other venues including the Toronto Film Festival, the TriBeCa film festival, MadCat Women’s Film Festival, 25fps Experimental Film Festival, Jihlava Documentary Film Festival, Alchemy Film Festival and the National Museum of Women in the Arts in Washington DC.

Ramey’s book Experimental Filmmaking: Break the Machine (Focal Press 2016) is a thinly veiled experimental ethnography on the contemporary experimental film scene masquerading as a textbook on experimental film techniques written in the freehand voice of a zine. She is a full professor in the Department of Visual and Media Arts at Emerson College.

Using educational, touristic and military media/artifacts from the United States alongside contemporary voices, images and sounds from Puerto Rico, El Signo Vacío (the empty sign) is a feature length cinematic essay interrogating the 120-year US occupation of Puerto Rico to reveal how US democratic narratives effectively obscure its role as a colonial power in the region. El Signo Vacío is a re-educational film asking ME/the US viewer to reconsider their role in geopolitics.

Lucien Castaing-Taylor and Véréna Paravel's "De Humani Corporis Fabrica" will premiere at the Cannes Film Festival on May 23, 2022 in the Director's Fortnight section.

We are excited to announce that Kathryn Ramey has been selected as the 2020-21 recipient of the Film Study Center-LEF Foundation Fellowship.