Kathryn is a filmmaker and anthropologist whose work operates at the intersection of experimental film processes and ethnographic research. Her deeply personal films are characterized by the manipulation of celluloid, including hand-processing, optical printing, and various direct animation techniques. At the FSC, Kathryn is editing her film El Signo Vacío (the empty sign), which uses touristic and military media and artifacts alongside contemporary voices, images and sounds from Puerto Rico in a feature-length cinematic essay investigating the ongoing occupation of Puerto Rico by the United States.

Ja’Tovia is a filmmaker and multidisciplinary artist working across documentary, avant-garde video art, sculpture, and installation. Gary is deeply concerned with re-memory and employs a rigorous interrogation and reapprehension of the archive in much of her work. The artist seeks to trouble notions of objectivity and neutrality in nonfiction storytelling by asserting a Black feminist subjectivity, and applies what scholar and cultural critic bell hooks terms “an oppositional gaze” as both maker and critical spectator of moving image works. Intimate, often personal, and politically charged, her works aim to unmask power and its influence on how we perceive and formulate reality. Gary’s films and installations serve as reparative gestures for the distorted histories through which Black life is often viewed. Black sociality, familial bonds, the interiority of Black women and femmes, and the global efforts towards liberation often pull focus in Gary’s multivalent works. 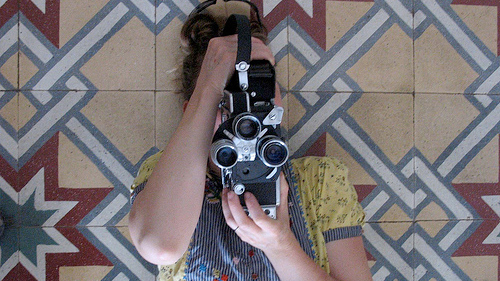