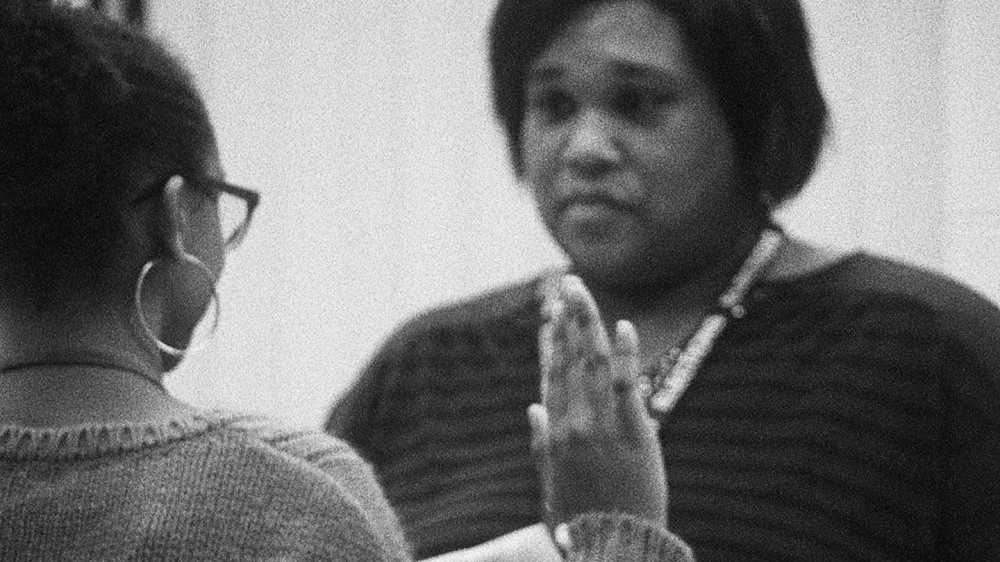 Tonsler Park by Kevin Jerome Everson at the HFA

The contentious 2016 presidential election has been a hot talking point for almost a year now, and yet Everson’s Tonsler Park, which documents polling station workers in the eponymous Charlottesville, VA precinct on November 8th,stubbornly resists being read as any kind of cultural barometer. Seemingly eschewing topical issues altogether (the words “Trump” and “Clinton,” for instance, are never heard), the film instead bears witness to the mundanity of the polling process, the hours burned away staring at computer screens and reciting the same pleasantries to voters over and over. What ultimately politicizes this unorthodox conceptual documentary is its choice of setting, not only for it being the notorious site of racist commotion just months later but for the predominantly African-American populace, a considerable sample of which become the subjects of Everson’s unblinking gaze. As non-synced ambience from the room hums away on the soundtrack, the director trains his telephoto lenses on the faces of these generous workers, all doing their part, however dispassionately, to ensure democracy is preserved.

Everson contemplates the August 2017 solar eclipse over two skyward shots in this tranquil silent short, which plays like a tribute to James Benning’s Ten Skies.