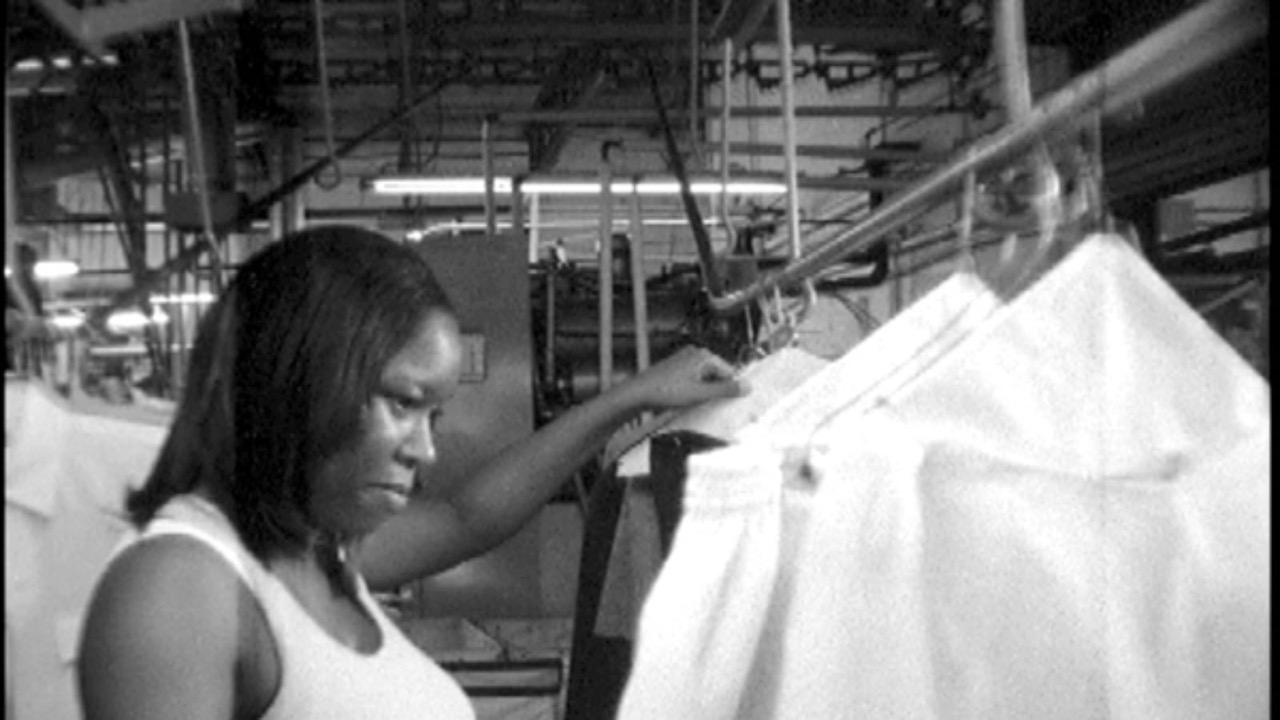 Quality Control by Kevin Jerome Everson at the HFA

Anticipating the durational extremes of Park Lanes, Everson’s Quality Control describes life at an Alabama dry-cleaning factory over six takes that each span the totality of a 400-foot film magazine. Unlike a more staunchly formalist examination of blue-collar labor such as Sharon Lockhart’s Lunch Break, however, Everson shoots handheld, never letting the audience forget the presence of a filmmaker actively aware of his surroundings. Within these slabs of real time, Everson finds much to observe and listen to: the ingrained routines of the laborers, the contrapuntal movement of clothing as it carriages across the foreground, the chatter of the employees and the background rhythms of an FM radio, all juxtaposed against the relentless hum of the machinery. The overall impression, strengthened by short montages of silent footage around the factory that interrupt the otherwise rigid structural framework, is not of mechanized drudgery but rather a lively, spirited ecosystem, one where workers make the most of their time while plying skills long ago mastered.

An extracted clip from the 1971 Miss Black Virginia beauty pageant in which a white journalist interviewing the elated winner reveals a complicated thicket of contemporaneous attitudes toward race in Something Else, a scrap of found-footage ephemera that demonstrates Everson’s acuity as an archival researcher.

How Can I Ever Be Late

Co-directed with his UVA colleague, African-American and labor historian Claudrena N. Harold, the joyous How Can I Ever Be Late plays as a kind of alternative music video for Sly and the Family Stone, who are shown to be natural stars even when out of the spotlight.