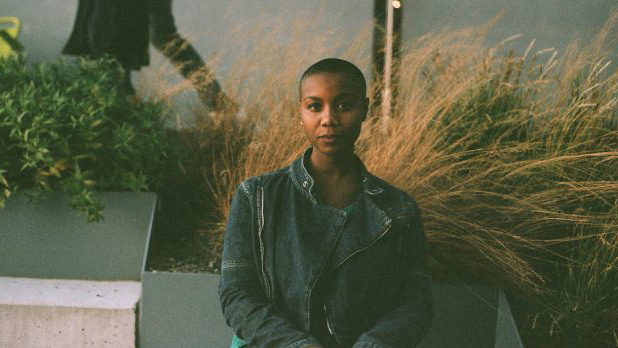 Ja’Tovia Gary is currently at work on her debut feature-length documentary film, tentatively titled “The Evidence of Things Not Seen,” which explores notions of family, memory, and ancestral inheritance.

Gary is an artist and filmmaker living and working in Brooklyn, New York. Her work seeks to liberate the distorted histories through which black life is often viewed while fleshing out a nuanced and multivalent black interiority. Through documentary film, experimental video, and installation, Gary charts the ways structures of power shape our perceptions around representation, race, gender, sexuality, and violence.

Gary earned her MFA in social documentary filmmaking from the School of Visual Arts, in New York City. Her work has screened at such festivals as the Ann Arbor Film Festival, the Edinburgh International Film Festival, Frameline, Inside Out, and the New Orleans Film Festival. Gary’s work is part of the Whitney Museum of American Art’s permanent collection and has been exhibited at cultural institutions worldwide, including the Brooklyn Museum; Goldsmiths, University of London; the Hammer Museum; the Institute of Contemporary Art/Boston; MoMA PS1; the Museum of Contemporary Art, Los Angeles; the Museum of Modern Art; NYU Florence; and the Schomburg Center for Research in Black Culture. Her work has received support from DOC Society, the Jerome Foundation, and Sundance Institute. In 2016, Gary participated in the Terra Summer Residency program, in Giverny, France. Filmmaker magazine recently named her among its 25 New Faces of Independent Film 2017.