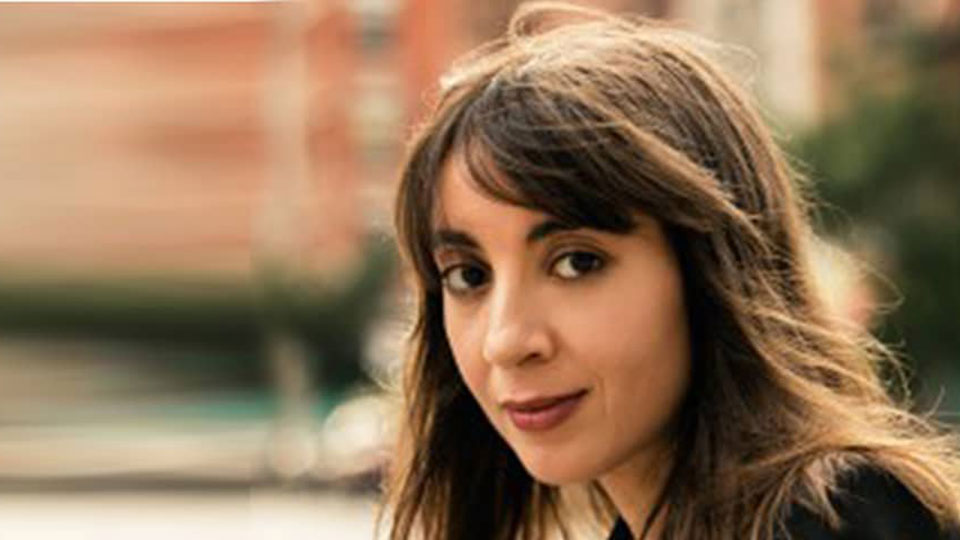 Free and open to the public

During her fellowship, Bouchra Khalili is dedicating herself to Twenty-Two Hours, a video installation focusing on the politics of the relationship between author and character, as epitomized in Prisoner of Love (Un Captif Amoreux), Jean Genet’s last book, which linked the Black Panther Party and the Palestinian revolution.

Bouchra Khalili is a Moroccan-French artist. She lives and works in Berlin and Oslo. Working with film, video, installation, photography, and prints, Khaliliʼs practice articulates language, subjectivity, orality, and geographical explorations to investigate strategies and discourses of resistance as elaborated, developed, and narrated by individuals—often members of political minorities.

Born in Casablanca, Khalili studied film at Université Sorbonne Nouvelle and visual arts at the École nationale supérieure d’arts de Paris-Cergy. She is a professor of contemporary art at the Oslo National Academy of the Arts and a founding member of La Cinémathèque de Tanger, an artist-run nonprofit organization based in Tangiers, Morocco. Khaliliʼs work has been internationally exhibited, most recently at documenta 14. She has had solo exhibitions at the Museum of Modern Art, in New York (The Mapping Journey Project, 2016); Palais de Tokyo, in Paris (Foreign Office, 2015); and MACBA, in Barcelona (Garden Conversation, 2015). Her work has also been shown at the New Museum and at the 55th Venice Biennale. She has been the recipient of an Abraaj Group Art Prize, a grant from the DAAD Berliner Künstlerprogramm, the Sam Prize for Contemporary Art, and a Vera List Center Fellowship at the New School, among other awards.