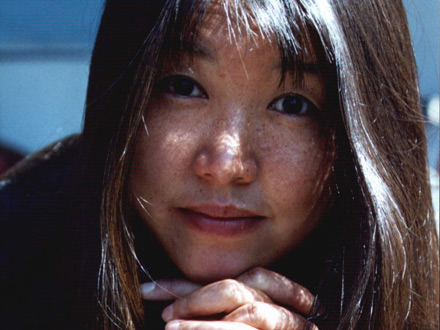 Wen-jie Qin was born in 1968 in the city of Chengdu in southwest China and grew up there during the Cultural Revolution. From 1985 to 1989, Qin studied at China’s most liberal academic institute, Beijing University, and majored in Chinese and Western philosophies. Shortly after the Tiananmen massacre took place in June 1989, Qin left Beijing for the United States. After studying and teaching at Kenyon College, Ohio for a year, Qin went to Harvard Divinity School to study world religions. She graduated in 1993 with a Master of Theological Studies and went on to pursue her doctorate at Harvard, in Chinese Religions and Filmmaking, which she completed in 2000 in the Study of Religion Program and the Film Study Center. While a student at Harvard and a fellow of the Film Study Center, Qin made five videos, The Sprouts of Capitalism in China (1996), about a Chinese entrepreneur and his family, Woman Being (1997), about women’s attitudes towards beauty and sexuality in contemporary China, We Are Not Beggars (1997), portraying the life of children surviving by performing on the streets of urban China,  To the Land of Bliss (2001) about the Pure Land Buddhist way of dying and living, and Full Circle (2002), about the repatriation of a totem pole by the Peabody Museum at Harvard University to Cape Fox Corporation, a Tlingit community in Southeast Alaska.

Her films are distributed by Documentary Educational Resources, Watertown, MA.