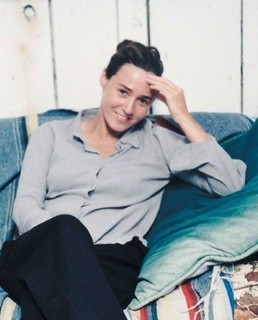 As a visual artist, Sharon Lockhart works primarily in motion film and still photography. Her work often deals with the uneasy relationships between stillness and motion and truth and fiction. In particular, she is interested in the way these relationships become strained in documentary traditions.

During her fellowship, Lockhart will complete a new film and photographic series titled Lunchbreak. Motivated by shifts in the world economy and their effects on American labor and inspired by iconic twentieth-century images of the blue-collar worker, Lunchbreak documents the vital social space of the communal meal. As the film moves across New England labor communities, from one lunch break to another, the viewer is immersed in the workers’ lives, politics, and humor. Each of the film’s sequences is determined by the real time span of the workers’ break, beginning and ending with their meal. The film will be accompanied by a series of portraits continuing Lockhart’s photographic project that began with her series Enrique Nava Enedina: Oaxacan Exhibit Hall, National Museum of Anthropology, Mexico City, 1999. In contrast to the filmic portrayal of the lunch breaks, these still images will document the individuals working.

Lockhart received her MFA from the Art Center College of Design in Pasadena in 1993. She has been a Guggenheim Fellow and a Rockefeller Fellow. Her films and photographic work have been widely exhibited at international film festivals and in museums, cultural institutions, and galleries around the world. She is currently an associate professor at the University of Southern California’s Roski School of Fine Arts. 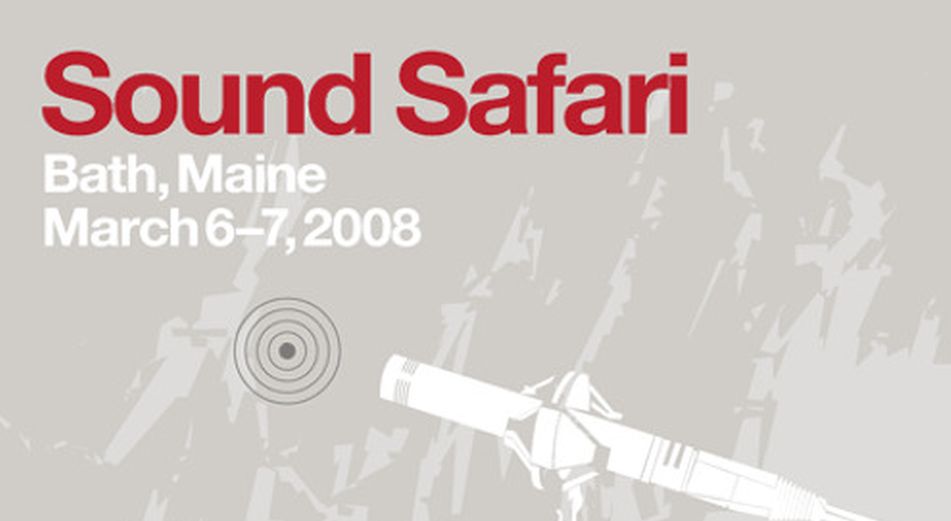 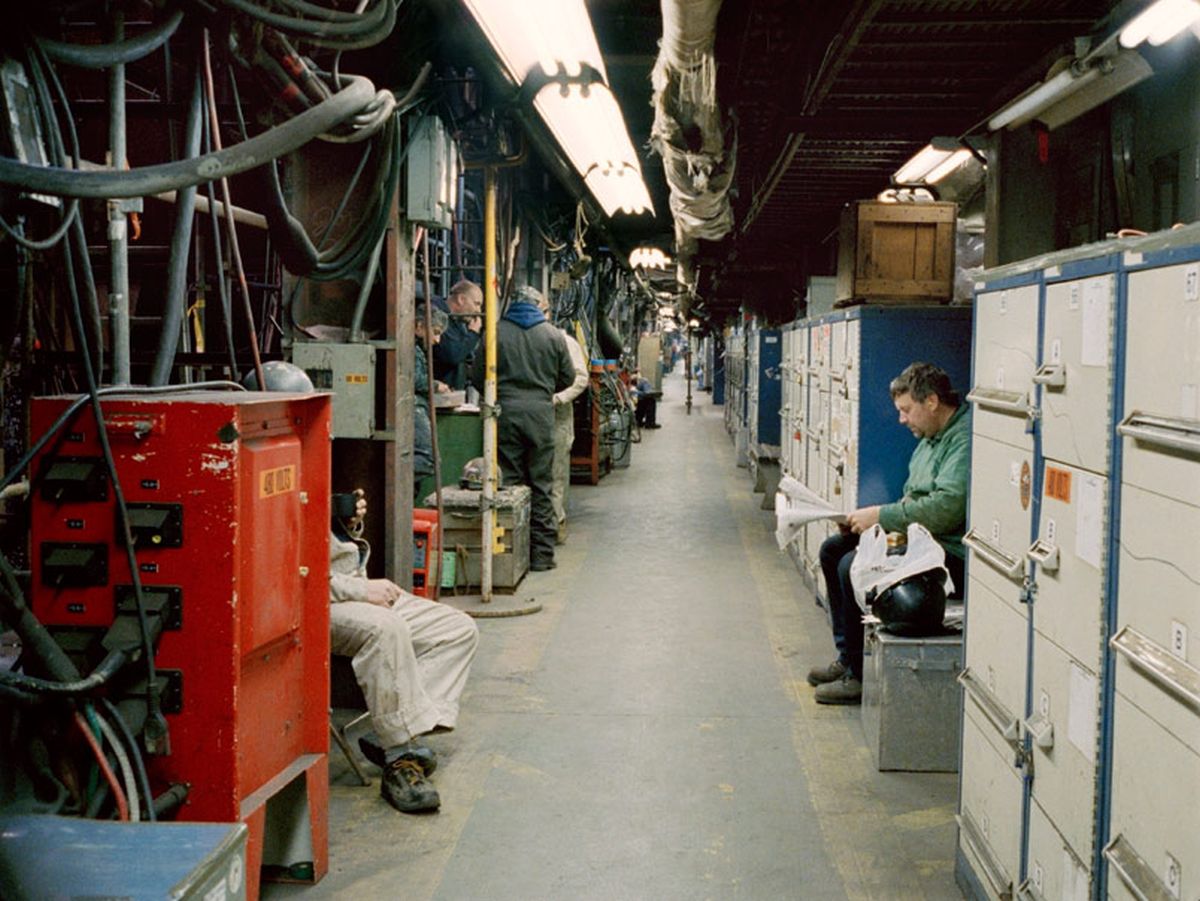 Motivated by shifts in the world economy and their effects on American labor and inspired by iconic twentieth-century images of the blue-collar worker, Lunchbreak documents the vital social space of the communal meal.

For the first time in her films Lockhart unleashes a mobile camera, although one fixed to a carefully calibrated path that cuts a carefully timed cross-section through the Bath Iron Works in coastal Maine during the midday repast, as workers sit along a central passage to eat and talk.

By deliberately slowing the film down, Lockhart opens up the wealth of details, textures and gestures captured by each frame and echoed by the richly evocative and complexly multilayered soundtrack designed by Becky Allen and filmmaker and Lockhart mentor James Benning.

Lunch Break’s gradual passage through the aged factory offers a meditative and melancholic reflection on the architectural, social and phenomenological space of a notably anachronistic mode of industrialized labor. 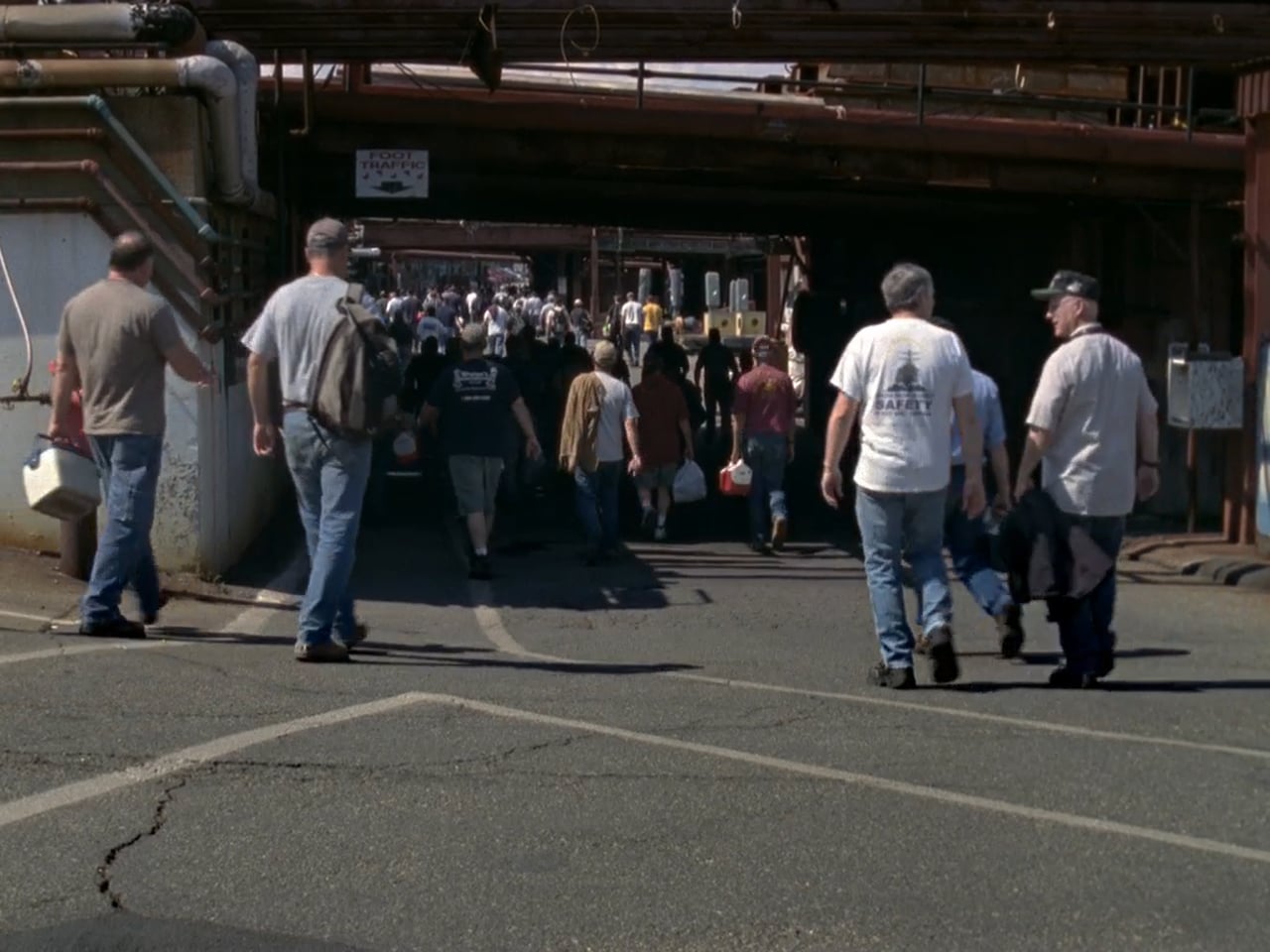 Like the Lumière brothers before her, Lockhart steps outside the factory in order to film her lyrical companion piece to Lunch Break. Structured around five separate takes filmed across the work week, Exit captures the temporal and physical “shift” from labor to rest of workers exiting the iron works and observes the subtle differences and symmetries that sustain the rhythm of factory labor.