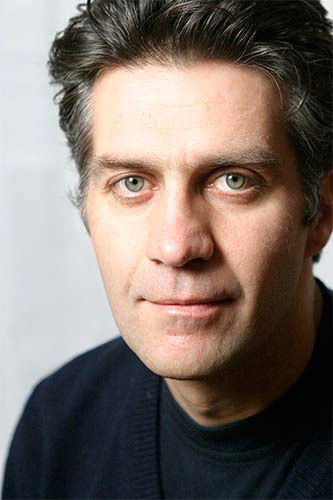 Romuald Karmakar is an independent filmmaker based in Berlin. His first fiction film, Der Totmacher (The Deathmaker; 1995), an intimate portrait of lower-middle-class life based on the psychiatric examination records of a mass murderer in Germany in the 1920s, was awarded a Coppa Volpi for best actor at the Venice Film Festival and three German Film Awards. His most recent nonfiction work, Angriff auf die Demokratie—Eine Intervention (Democracy Under Attack—An Intervention), presents 10 German intellectuals raising concerns about the state of democracy in the face of the European financial crisis. It was screened at Berlinale 2012.

At the Radcliffe Institute, Karmakar will develop the feature film Maybe Rauff, about the postwar career of a former SS officer in Latin America, based in part on the biography of Walther Rauff (1906–1984), who from 1940 to 1942 was substantially involved in the development and operation of mobile gas vans used for the extermination of European Jews.

Karmakar’s films have been screened at major festivals such as the Locarno Film Festival and the Toronto International Film Festival and presented in retrospectives at the Austrian and Munich film museums, BAFICI (Buenos Aires), the Jeonju International Film Festival (South Korea), the Mostra Internazionale del Nuovo Cinema (Pesaro, Italy), and Cinéma du Réel (Paris). His documentary Das Himmler-Projekt (The Himmler Project) was selected by the Museum of Modern Art as one of 250 important works that it has acquired since 1980. Karmakar is a member of the Akademie der Künste, Berlin.