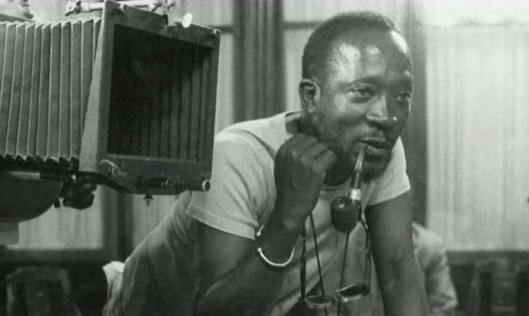 The foremost figure in the evolution of African cinema, Ousmane Sembene was the fourth recipient of the McMillan-Stewart Fellowship for Distinguished Filmmaking. Hailing from the former French colony of Senegal, Sembene established himself as one of Africa’s leading novelists before turning to cinema as means of reaching a wider audience. His work often centers on identity problems encountered by Africans caught between Africa and Europe, tradition and modernization. The concentrated realism of his early classics evolved into a rich, wide-ranging mixture of black comedy, political allegory, sophisticated satire, traditional African forms, and biting social criticism. In 1987, after nearly a ten-year hiatus from filmmaking, Sembene returned in peak form with Camp do Thiaroye, a powerful tragedy of colonialism, and Guelwaar, a trenchant comedy of contemporary Senegal.