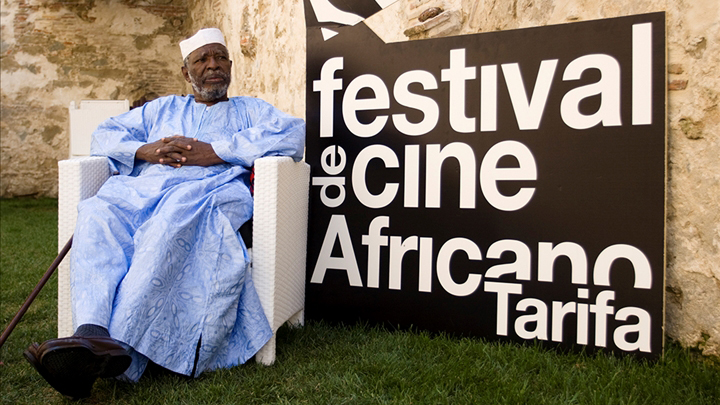 A Tribute to Moustapha Alassane

It is no exaggeration to declare Moustapha Alassane (1942-2015) a truly foundational figure in African cinema. As a young boy growing up in the small town of Ayorou in Niger, he dreamed of moving images and invented his own form of shadow puppets. By the late 1950s, he was an illustrator associated with the Niamey Museum, where he met Jean Rouch, who recognized the young man’s talent and urged him to turn toward cinema.

Like so many newly independent nations in Africa in the third quarter of the twentieth century, Niger took pride in its nascent national cinema, although the level of state support was weak there compared to Senegal or Guinea-Bissau, for example. Two years after Niger became independent in 1960, Alassane made the first Nigerien film, Aoure, a narrative short, while beginning to experiment with animation. After travels to France and Canada, Alassane returned to Niger to make his most ambitious film yet, The Return of an Adventurer. Deeply influential in western Africa and indeed across the continent, it announced the arrival of a new kind of African filmmaking: one that was aware of cinema elsewhere but maintained its aesthetic independence.

Alassane went on to make two feature films, F.V.V.A. and Toula, that each, in very different ways, sought to acknowledge the emergence of a modern Niger and its difficult negotiation of traditional ways in a world dominated by consumer capitalism. In these films and in his animated shorts, Alassane continued a subtle and sly critique of the political and economic powers that be in contemporary Africa, but, as the initial wave of enthusiasm and resources supporting Nigerien cinema waned, so did his output.

Alassane became a distributor and an exhibitor by the end of the 1970s, eventually establishing his own animation studio in Niger, where he experimented with animation software and stop-motion filmmaking until the end of his life.

The jury for the McMillan-Stewart Fellowship had decided to award him the 2016 fellowship just before his death was announced. Now that the Institut Français has assembled a near-complete retrospective of his films, the HFA, Harvard’s Film Study Center and the McMillan-Stewart Foundation can present this tribute to Alassane as part of the fellowship’s mission to promote awareness and research about his work. We hope to be able to add copies of his work to the McMillan-Stewart collection at the Archive and to support future preservation and restoration of Alassane’s legacy.