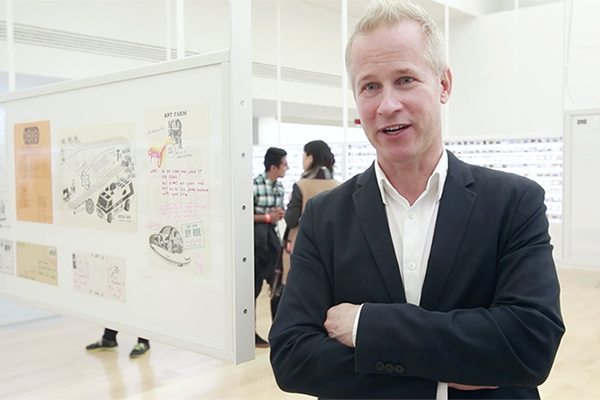 Mark Wasiuta is a student in the Graduate School of Design at Harvard. He has a background in architecture and design, as well as having experimented with film and video. After completing his undergraduate degree he worked as an assistant to the Canadian artist Mark Lewis. At the architectural office of Diller and Scofidio in New York, he has been responsible for several major projects with film and video components. He was the project leader for the exhibition, The American Lawn. Among other aspects of the project he conducted video archive research, and managed the scripting and editing of the video sequences of Power Lawn. For Scanning, an exhibition at the Whitney Museum, he shot and edited the video loop, Undressed. At the Film Study Center, he is working on a digital video, Inversion Layer: Smog in LA, which is focused on the image, perception and transformation effects of smog in Los Angeles. While this is a study of comparative atmospherical qualities, the project’s particular concern is the appearance of smog itself, attending to the characteristics and visual traits of this phenomenon.