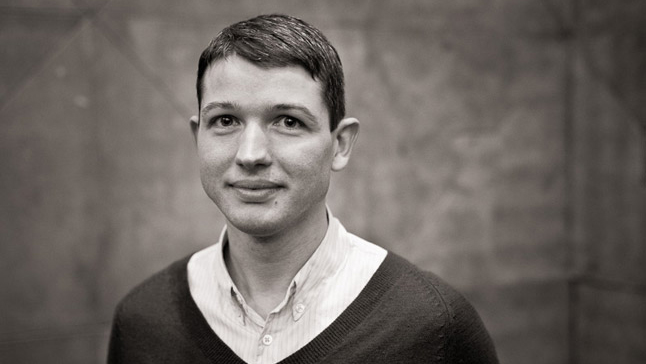 Luke Fowler is an artist, filmmaker, and musician whose recent research is focused on two distinct areas: the cultural history and apparatus of early electronic music—in particular the work of composer Martin Bartlett and early computer music languages—and a reconciliation and expansion of his work in sound and still photography.

At Radcliffe, Fowler plans to build on his research into computer-music pioneers and electroacoustic instrument inventors. He is also spending time consolidating the themes he has established in several photographic series on which he’s working, including studies of commercial landscapes, postwar administrative and archival spaces, and sites for listening and dancing.

Fowler—who studied at the Duncan of Jordanstone College of Art and Design of the University of Dundee, in Scotland—was nominated for the Turner Prize in 2012, won the inaugural Jarman Award in 2008, and has been an artist in residence at Dartmouth and Bard Colleges. He has had retrospectives at the Serpentine Gallery, in London, and at the Österreichisches Filmmuseum (Austrian Film Museum). 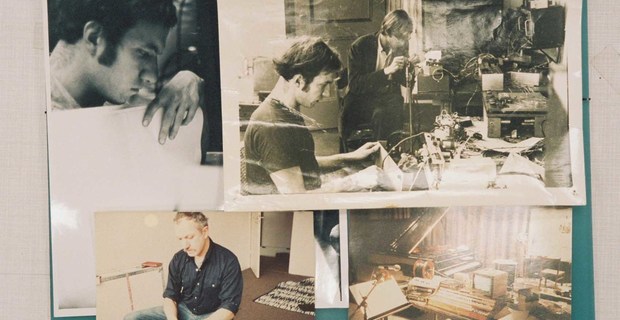 Electro-pythagoras (a portrait of Martin Bartlett)

Electro-Pythagorus is an intimate and subjective portrait of Martin Bartlett (1939-93), a Canadian experimental electronic musician who pioneered the use of the ‘microcomputer’ during the 1970s and 80s. His contribution as an interdisciplinary composer, educator, and founding member of the artist-run centre Western Front is undoubtedly extensive, but his legacy risks fading from cultural memory since his death from AIDS in 1993.