Laura Huertas Millan is an artist and filmmaker exploring narrative through documentary fiction films, soundworks and creative writing. Her work has been shown internationally in contemporary art venues such as the Palais de Tokyo, la Villa Arson, the Annecy Castle, Barcelona’s CCCB, LABORAL, MAC Santiago de Chile, MAMBO Colombia, Haus der Kulturen der Welt and Vienna’s AwZ. Her films have also been screened in film festivals such as FIDMarseille, Curtas Vila do Conde, 25 FPS, Tampere, Antimatter, l’Alternativa, Rencontres Internationales Paris/Berlin/Madrid, Videobrasil biennale, Ficunam and more. She has been awarded fellowships and grants in support of her work from the French government (2001-2008), the City of Paris Production Grant (2010, 2014), the Colombian Film Development Fund (2013) and most recently was awarded at the Videobrasil festival (Resartis Residency Prize, 2013). She studied at the Beaux-Arts de Paris (Fine Arts School of Paris) and le Fresnoy. She is presently a PhD candidate at PSL University, affiliated with the Ecole Nationale Supérieure rue d’Ulm and the Beaux-Arts de Paris in France. She is also a visiting fellow at the Sensory Ethnography Lab, affiliated to the Social Anthropology Program in Harvard University.

La Ciudad de la Luz is part of an ongoing series of films dealing with the rise of modernism in Colombia and the mimicry of decadent foreign models. Linking together the present of an Amazonian militant woman with the past ruins of a parc in Bogota, the film will combine anthropology and fiction. 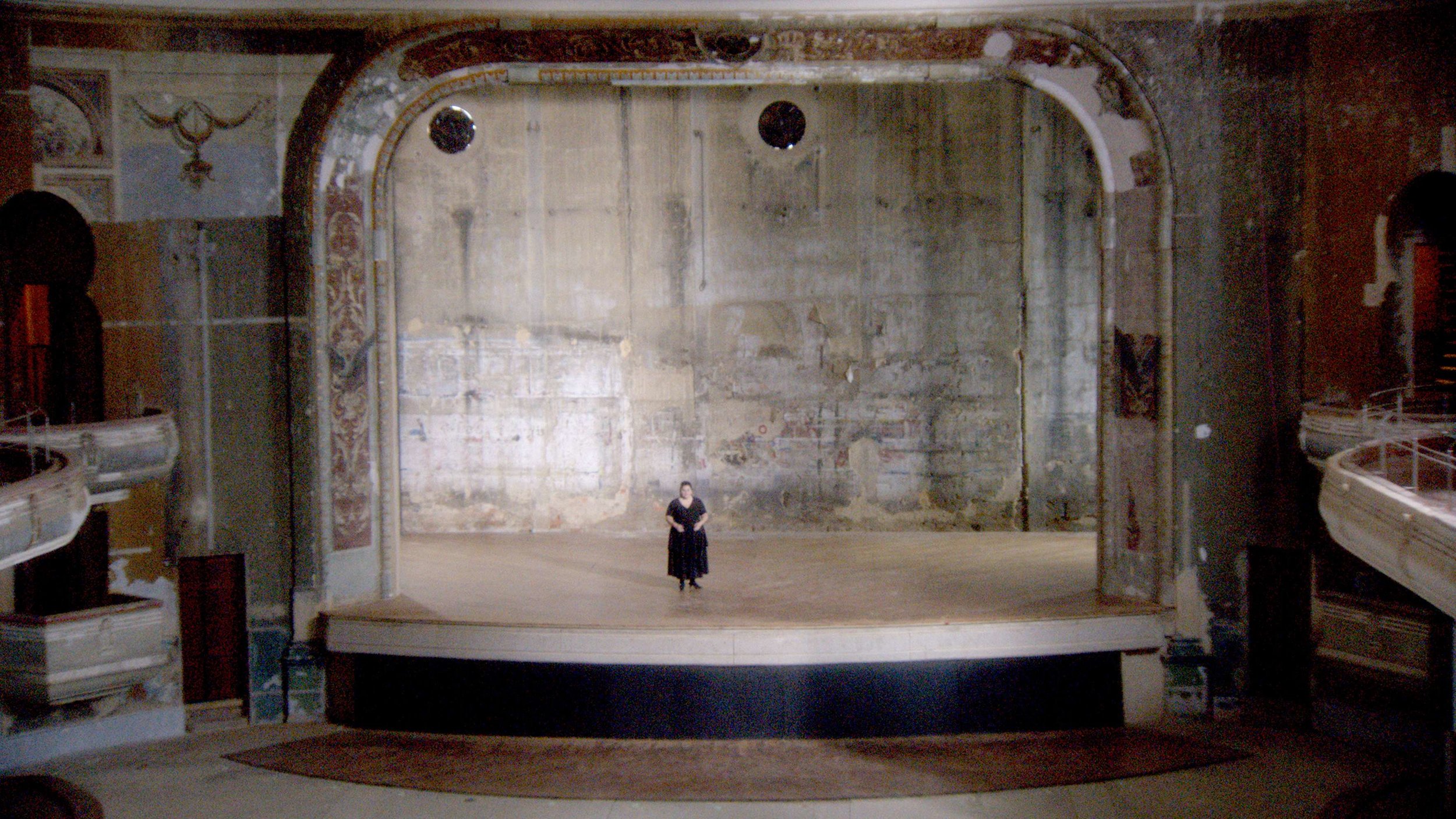 The title (Black Sun) is as evocative of solar eclipse as it is of the “dark spleen” which doctors, all through Antiquity, used to attribute to melancholic and suicidal drives, especially as they affected artists. Here such drives end up striking the existence of Antonia, an opera singer whose dark beauty brings light to the film. Through discreet and elliptical staging, Laura Huertas Millán presents Antonia’s multi-faceted character.

Family bonds are delicately explored not so much for an origin of evil but as a kind of introspective polyphony: the voices of aunt, mother and daughter (the director herself) are heard as she struggles, through fiction, to escape from her family’s fate. Relationships between body and mind, as well as depression and artistic creation, are highlighted through snippets, ongoing questioning and infinite tact. The film gradually spreads some of the poison gnawing at one’s mind and causing stomach aches, slowly releasing melancholia and deep sadness as they flow away from the bodies so closely looked at through words, breath, singing or weeping, and at times even while eating. Breathing in, breathing out: a task much harder than it might seem at first.

The quest for truth unfolds through Antonia’s lifetime, both at times of strength and vulnerability: the soprano is condemned to sing in an empty hall, much like a sun no-one can look at directly without having one’s eyes burned. 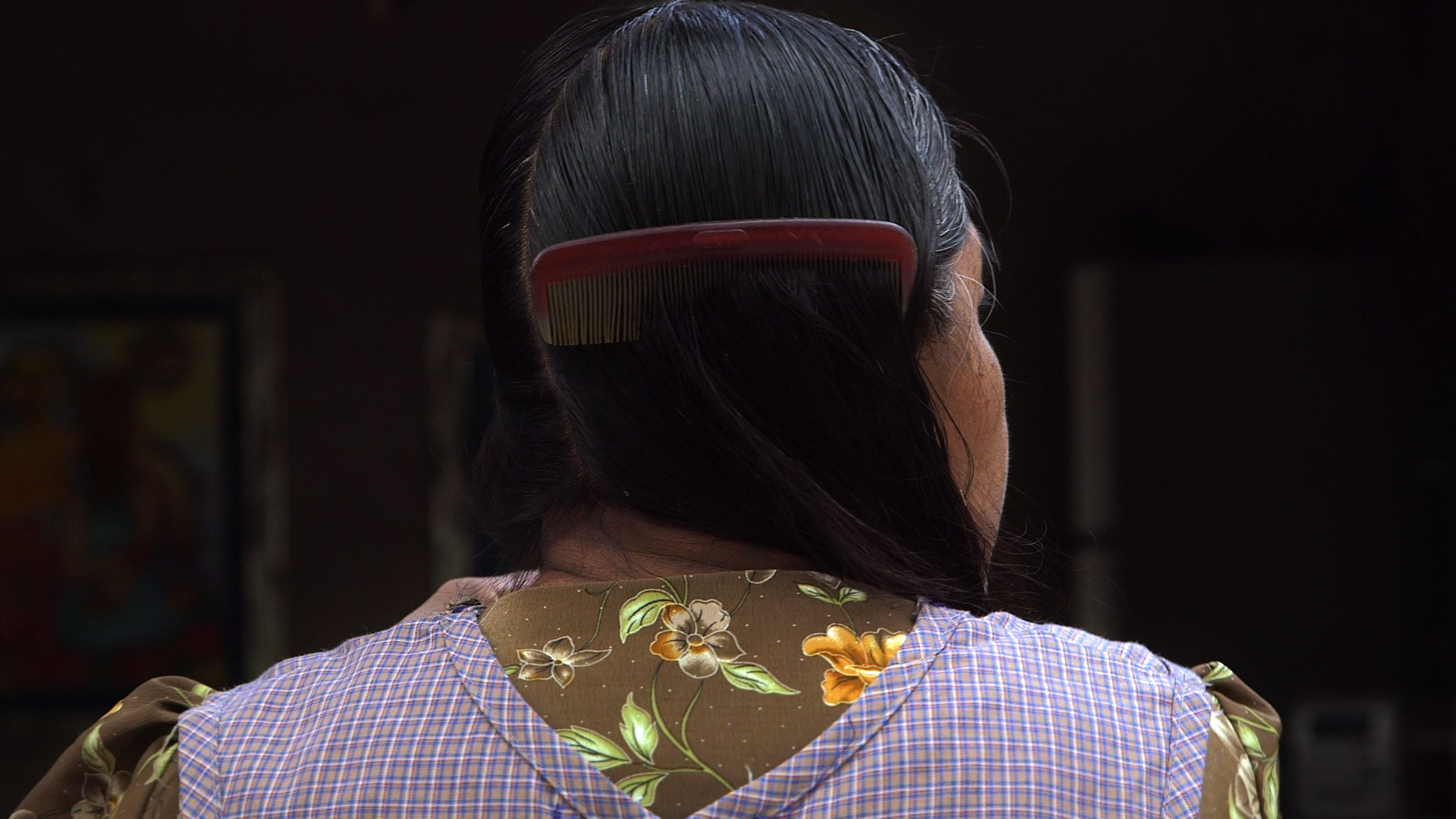 Laura Huertas Millán´s masterful La Libertad follows a group of matriarchal weavers in Mexico, whose backstrap loom – a pre-Hispanic technique preserved for centuries by Indigenous women in Mesoamerica – provides the formal structure for the film´s exploration of handicrafts and their ties to freedom. With echoes of the influential ethnographic work of Chick Strand, La Libertad combines astute observation, testimony, subtle transfers in scale, space and texture, as it weaves its own singular study of labour, creativity, and the mysterious traces that circulate between them.

“Passing by a bedroom, at the party, I saw people heating heroin. I wanted to try it out on my body…” Accompanied by the voice-over of Jeny – a young transsexual filmed during her rehab –, the camera wanders around building 303, Bogota’s architectural icon. A chance encounter: a few years back, when the filmmaker’s father asked her to film the architecture faculty where he had taught, an accident with her 16mm film resulted in a superimposition of the portrait of Jeny. The film is a testimony where the discreet affirmation of revolt can be heard: “neither torturer, nor victim”. Jeny (who refers to himself in the masculine gender) recounts his delinquency as being the just return for the social violence committed against him. The building, disused at the time of the shooting, is not only interesting for its Bauhaus style copied by German architects in 1964, but also because it has been the centre of many student uprisings. During the generation of the filmmaker’s father, it was a hotspot of the activism repressed in bloodshed across all of South America. On one side a survivor (heroin used as an escape to elsewhere), who turned his tattooed body into a work of art, and on the other, the political slogans “tattooed” on the brick walls – open-air history books that were demolished in 2015.