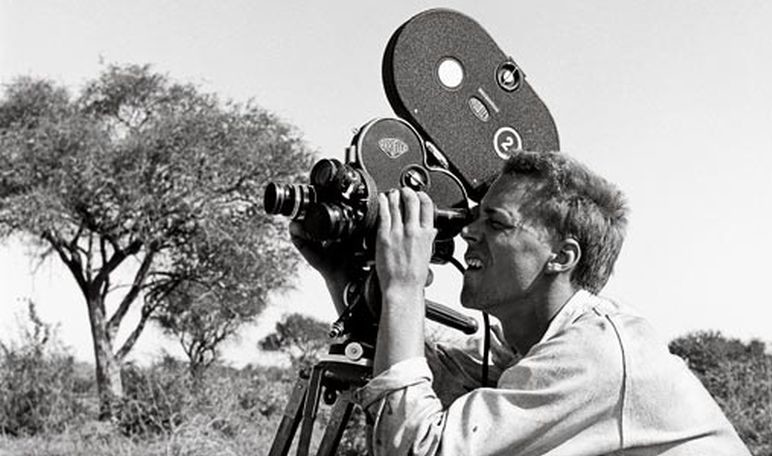 Pioneering ethnographic filmmaker and early associate of the Film Study Center, John Marshall’s films about the San peoples of South Africa, and their transformation from independent hunter-gatherers to a dispossessed and dependent underclass, span a fifty-year period, from his classic 1957 narrative, The Hunters, to N!ai, the Story of a !Kung Woman (1980), on which Ross McElwee collaborated, and the monumental five-part six-hour A Kalahari Diary (2003).

John Marshall’s classic early ethnographic film about the Ju/’hoansi !Kung of the Kalahari Desert in Southern Africa. Utilizing footage shot over a period of seven years starting in 1949.

The Hunters was edited into a narrative account of the hunting practices of this one-time hunting and gathering society.

A story about the shooting, tracking and eventual killing of a female giraffe, the film also weaves into this structure sequences which provide a larger view of !Kung life.