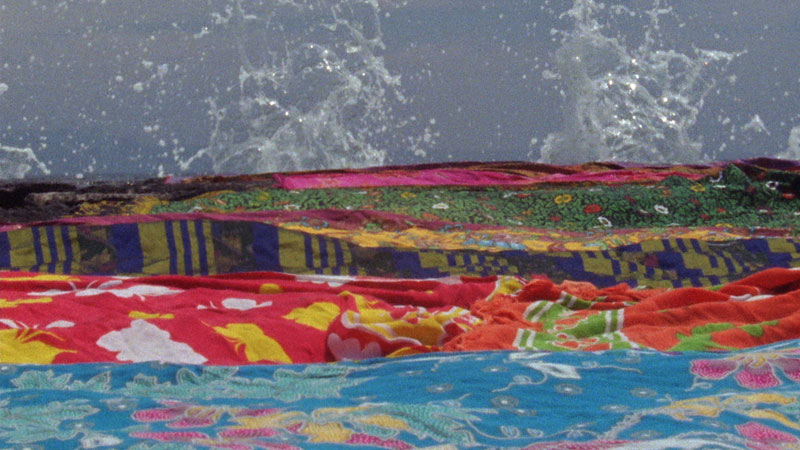 Jodie Mack is an experimental animator who received her MFA in film, video, and new media from The School of the Art Institute of Chicago in 2007. Combining the formal techniques and structures of abstract/absolute animation with those of cinematic genres, her handmade films use collage to explore the relationship between graphic cinema and storytelling, the tension between form and meaning. Musical documentary or stroboscopic archive: her films study domestic and recycled materials to illuminate the elements shared between fine-art abstraction and mass-produced graphic design. The works unleash the kinetic energy of overlooked and wasted objects and question the role of decoration in daily life.

Mack’s 16mm films have screened at a variety of venues including the Ann Arbor Film Festival, Edinburgh International Film Festival, Images Festival, Projections at the New York Film Festival, and the Viennale. She has presented solo programs at the 25FPS Festival, Anthology Film Archives, BFI London Film Festival, Harvard Film Archive, National Gallery of Art, REDCAT, International Film Festival Rotterdam, Shenzhen Independent Animation Biennale, and Wexner Center for the Arts among others. Her work has been featured in publications including Artforum, Cinema Scope, The New York Times, and Senses of Cinema. Named one of Filmmaker Magazine’s 2014 “25 New Faces to Watch” and one of the Yerba Buena Center for the Arts’ YBCA 100 in 2015, she is an Associate Professor of Animation at Dartmouth College.

During her fellowship, Mack will work on the final post production,  exhibition, and distribution feature-length animated film, The Grand Bizarre—a kinetic journey through the graphic motifs of textiles paired with figures and landscapes to explore the technological development of fabric production and consumption alongside systems of visual and spoken language. The piece investigates recurring graphic symbols and how their cross-cultural appropriation functions within a global economy.

She will also continue her studies of animated collections with Harvard’s Mineralogical & Geological Museum.

FSC fellow Jodie Mack screens her latest film THE GRAND BIZARRE at the DocYard on Feb. 11, 2019.