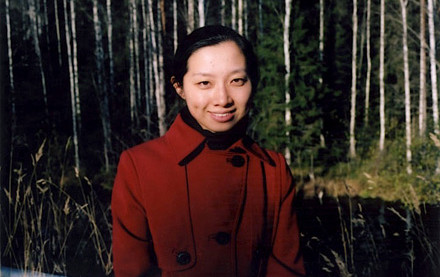 Jie Li grew up in Shanghai and New York City, which grounded her interest in cross-cultural issues. While an undergraduate at Harvard, she began to work at the Long Bow Group as an intern and researcher for Morning Sun, a film and website about the Cultural Revolution in China. Jie Li made her first documentary film, Safe, as a visual component of her senior thesis, “Palimpsests of Private Life,” on family history and homes in Shanghai, which received the distinction of summa cum laude. After graduation from college, she spent two years studying and traveling in England, Germany, and China, where she and Ying Qian filmed A Village Across the World. While a fellow at the Film Study Center, she and Wing Qian are working on a digital video, From Homeland to Homeland, which follows young Chinese from their natal villages to the cities where they are migrant workers in construction fields and restaurants.