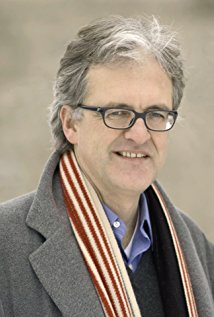 Jan Schütte is a filmmaker and visiting professor at Harvard’s Department of Visual and Environmental Studies. His current project is Oysters and French Fries – How the Frenchman Jacques Pépin conquered America. Jacques Pépin is an icon in the USA, but virtually unknown in his homeland, France. This film aims to trace the various episodes in his life, whilst exploring the cultural differences on both sides of the Atlantic – in the kitchen as in all the other facets of life. It is a biographical journey that is also a voyage through the history of cooking.

Since 1994 Schütte has taught directing at the Filmakademie Baden-Württemberg. Schütte has won numerous national and international awards for his work. His work includes feature films like Bye, bye America, The Farewell and Fat World. His last feature film Love Comes Lately, whose completion was also supported by the Film Study Center, premiered at Toronto and Sundance and opened last summer in the US. His documentary work includesTo Patagonia and A Trip into the Innermost of Vienna. Schütte was a member of the International Jury at the Cannes Film Festival in 2002, and head of the International Jury at the Sundance Film Festival in 2008. He is a member of the Academy of Arts in Berlin and of the European Film Academy.