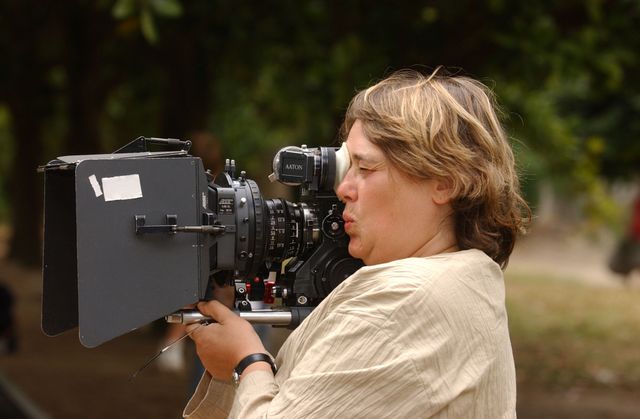 French filmmaker Dominique Cabrera was born in Algeria and studied literature and cinema in Paris. She has made five feature-length movies: On the Other Shore (1995), Tomorrow and Tomorrow (1997), Nadia and the Hippos (2000), The Milk of Human Kindness (2001), A Wonderful Spell (2004), and When the City Bites (2009), as well as numerous shorter films and documentaries. Cabrera’s films have won several awards and have shown at festivals worldwide including Cannes, Rotterdam, Berlin, Locarno, New York, San Francisco, Florence, Toronto, London, Vienna, Cairo, and Hong Kong. She has taught at the French cinema school La Fémis, written two books, and acted in four movies. In her films, Cabrera is known for mixing documentary and fiction, exploring intimate human psychology and feelings and the subject of politics. While at the Film Study Center, she is editing her second film diary, Oh Happy Days!

Ten years ago my brother Bernard got married for the second time. We all came to the wedding in Boston, where he lives. It felt as if we were four little children again with our mom and dad. I had brought along a small camera, which I began to use to film our family. I’ve continued to this day…