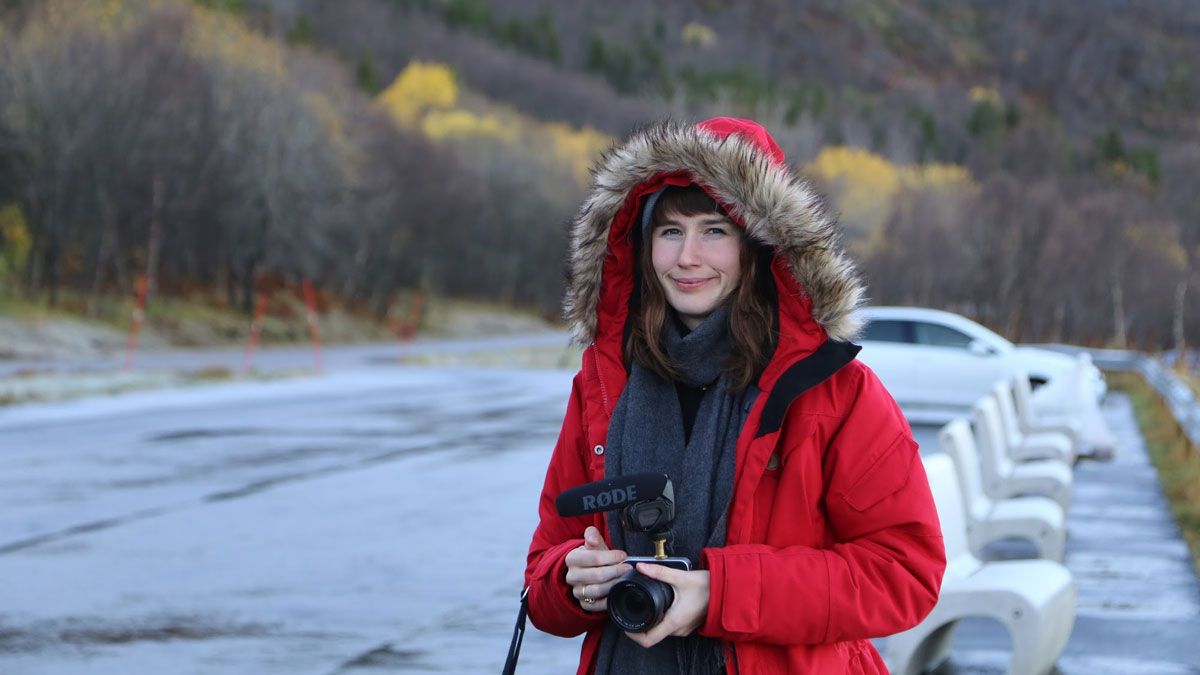 Anna Ulrikke Andersen is a Norwegian filmmaker and architectural historian. She recently submitted her PhD thesis in architecture at the Bartlett School of Architecture, University College London, where her work focused on the window in the life and theory of Christian Norberg-Schulz. In her thesis, consisting of a series of films and written essays exploring themes of mobility, framing and self-reflection, she adopts a practice-led methodology of filmmaking.

Her research has been presented at institutions such as the 2014 Venice Biennale, Oslo School of Architecture and Design, Oxford University and Universidad Piloto de Colombia, and she has been published in Architectural Research Quarterly. Her films have been shown at the Royal Academy of Arts London, the 2017 Essay film Festival, the Arctic Moving Image and Film Festival and Trondheim Academy of Fine Arts/NTNU. She is the founder of the Bartlett Film+Place+Architecture Doctoral Network, and in 2017 she was awarded an artist residency from the Utzon Foundation and the Danish Cultural Fund to work and live in Jørn Utzon’s villa Can Lis, Majorca.

Andersen’s current research, titled “Experiencing Structures (which holds the promise of wellbeing)”, aims at drawing attention to a patient’s often ambiguous experience of spaces, sites and design. Continuing using film as a method of architectural history, her focus this year will be on a rehabilitation facility in Igalo, Montenegro; a group of Norwegian patients with rheumatic illness undergoing treatment there; and a set of cardboard boxes packaging the patient’s medication. The result will be a story-board outlining future filming abroad and a film exploring Sidney Farber’s research at Harvard and development of the drug methotrexate.