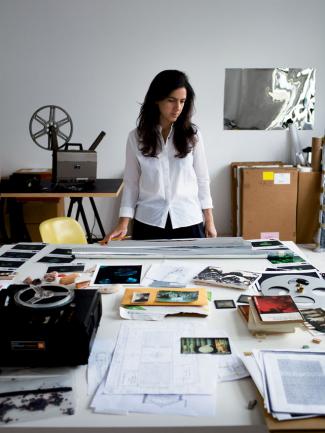 Amie Siegel was born in 1974 in Chicago, Illinois and currently lives and works in New York and Cambridge, MA. She has been a guest of the DAAD Berliner-Künstler programm and a recipient of the John Simon Guggenheim Memorial Fellowship. She received her BA from Bard College (1996) and MFA from The School of the Art Institute of Chicago (1999). 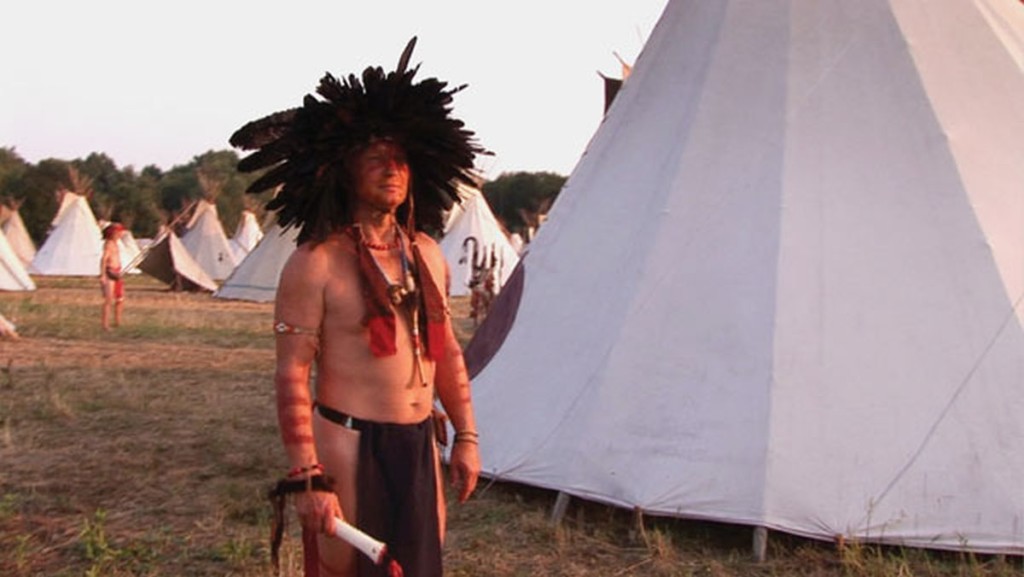 One in a series “ciné-constellations,” feature-length associative visual essays. Dream-like and propositional, works in this series mirror shared concerns of voyeurism, psychoanalysis, memory, surveillance and modernist architecture. These films engage in a self-reflexive inquiry into non-fiction film practices, including objectivity, authority and performance.

“[DDR/DDR] is a mosaic of interviews and incidents that gradually connect, allowing issues of history, state control, personal identity, and memory to emerge. A man walking across streets and fields as if on a tightrope is a recurring motif—an apt metaphor for the East-West divide. The camera moves through derelict East German buildings and records a man throwing Stasi-style electronic equipment from a moving truck; East German emulators of American Indian culture explain that their hobby began as a clandestine cry for freedom from Soviet oppression. The sociocultural theme is complicated, however, by a former East German mother who reminisces about her family’s more comfortable life before reunification. The ruminating psychological and intellectual content of Siegel’s works posits that everything is subject to shifting interpretation.”
—Jason Edward Kaufman