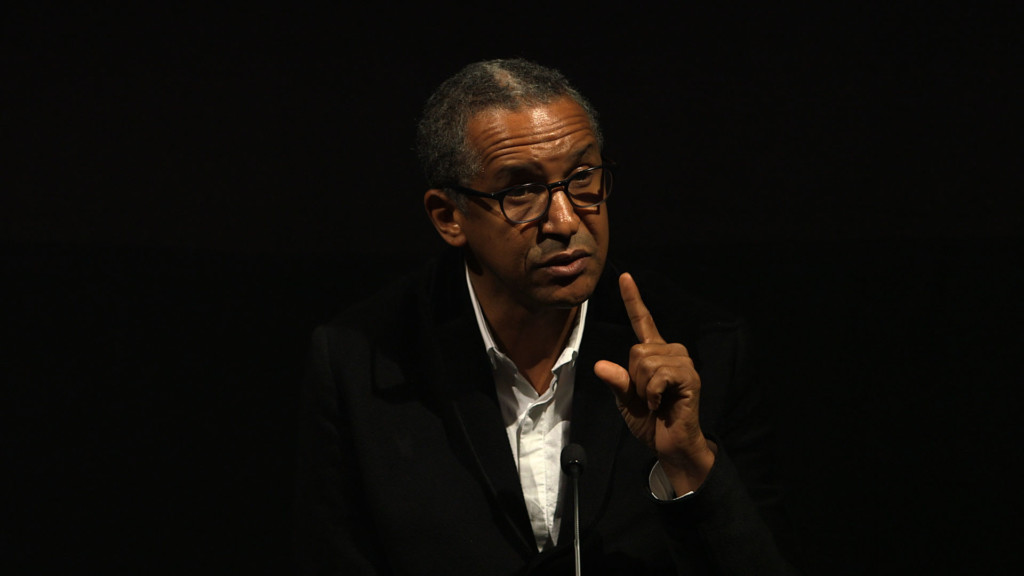 Born in Mauritania, trained at the Moscow Film Institute, and working in France, Sissako has always put Africa at the center of his work, elaborating his narratives around the lights and the colors of his continent, even though the real subject of his films is exile. His famous 1993 work, October, is about being African in Russia. Sissako’s perspective on his childhood, from bustling Paris: “I belong to a culture in which I learned at 15 that I was born on October 13. That is to say that dates for us don’t have the same value and that the perception of time is different.” His influences? “Aime Césaire has been a support for me most of my life. He is the author that I read and reread. But another very important author to me was Frantz Fanon. The introduction of Black Skin, White Masks is very close to this new film, La vie sur terre .”

In Sabriya (1997), Sissako creates a wonderful drama about the impact of the modern world on traditional Arabic society.La vie sur terre (1998) is a gorgeously conceived poem contemplating life at the end of the centrury in the first and third world – by a filmmaker with a foot planted in each of them.