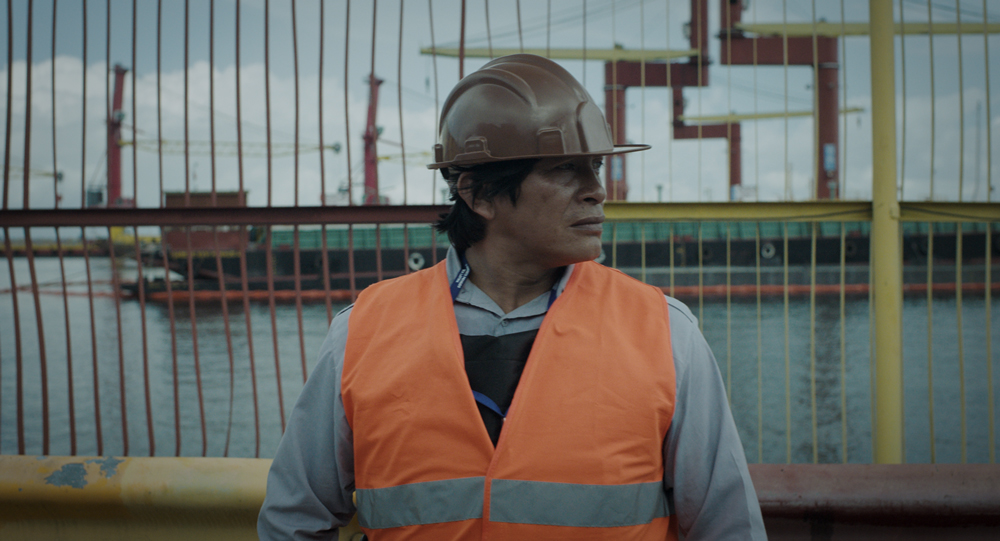 Maya Da-Rin is a filmmaker and visual artist. Born in 1979 in Rio de Janeiro, she studied Design and Philosophy of Art at the Rio de Janeiro Pontifical Catholic University as well as attended film workshops at the Cuban Film School. In 2010 she enrolled the Cinema and Visual Arts’ program of Le Fresnoy (France), where she graduated with honors. In 2013 she was an artist in residence at the LABoral Art Center, in Spain, and in 2016 she completed the master’s degree in Cinema and Art History at Sorbonne Nouvelle. Her work has been shown and awarded at film festivals and art institutions such as Locarno, DokLeipzig, Toulouse, Guadalajara, São Paulo Art Biennial, MoMA and New Museum NY. Her first feature film, The Fever, selected at the Cinéfondation residence (Cannes), Script&Pitch and FrameWork (TorinoFilmLab) and was awarded by the Hubert Bals Fund for script and development (Rotterdam).

Manaus is an industrial city surrounded by the Amazon rainforest. Justino, a 45 years old Desana native, works as a security guard at the cargo port. Since the death of his wife, his main company is his youngest daughter with whom he lives in a modest house on the outskirts of town. Nurse at a health clinic, Vanessa is accepted to study medicine in Brasilia and will need to be leaving soon.

As the days go by, Justino is overcome by a strong fever. During the night, a mysterious creature follows his footsteps. During the day, he fights to stay awake at work. But soon the tedious routine of the harbor is broken by the arrival of a new guard. Meanwhile, his brother’s visit makes Justino remember the life in the forest, from where he left twenty years ago. Between the oppression of the city and the distance of his native village, Justino can no longer endure an existence without place.

This Fall, the FSC will be hosting (remotely) a series of visiting filmmakers as part of our Nonfiction Workshop. Invited filmmakers will circulate links to their films in advance so that we can watch them on our own, and we will get together as a group to have a conversation about their work. As many of these works are in progress or yet to be released theatrically, we have limited capacity in terms of the number of participants we are able to accommodate. If you are interested in attending (and are not currently a FSC fellow), please email Cozette Russell.