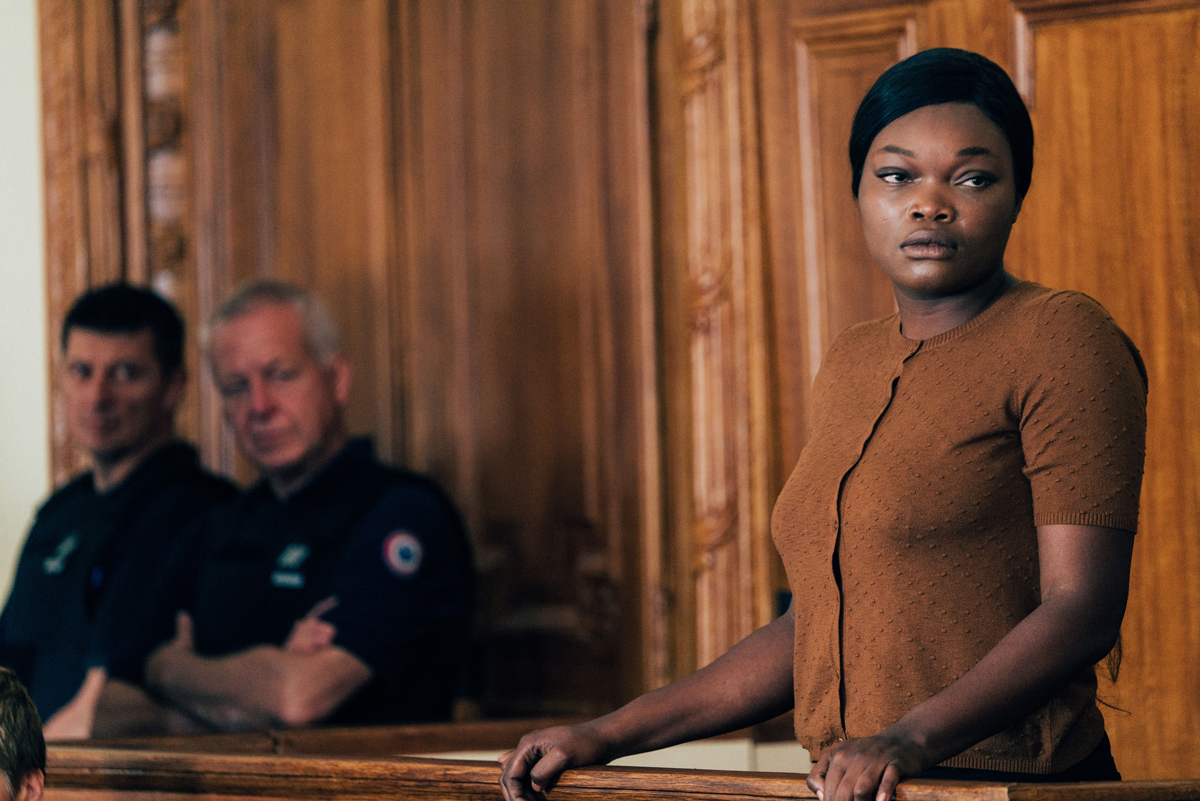 Please join us at the Harvard Film Archive for a special screening of Saint Omer and conversation with filmmaker and Gardner Film Study Center fellow, Alice Diop.

Clad in a brown sweater that dissolves her into the drab wooden architecture of the courtroom, Laurence Coly (Guslagie Malanda) takes the stand in Diop’s first fiction film. Based on Fabienne Kabou, a woman who went to trial in 2016 for the drowning of her baby daughter, Laurence is a character caught in the crosshairs of the same cultural, bureaucratic and racial obstacles that plague the subjects throughout the filmmaker’s body of work. Here, what’s often unspoken or implicit in Diop’s prior films is made concrete and verbal through the patient dramatic coverage of three lengthy trials attended by a French-Senegalese novelist and expectant mother, Rama (Kayije Kagame). Restricting her focus largely to one room and shooting in a confrontational, uninflected style, Diop wrings powerful drama out of the merciless gazes and neutered language of the courtroom, all of which serve to exoticize and delegitimize the testimony of the seemingly inscrutable Laurence. But what might at first seem like a coldly objective recreation of a trial evolves gradually into an intensely emotional and intermittently lyrical study of a woman shaken to her core by her identification with Laurence’s words, and the implications of them on her own cultural heritage and intellectual future.