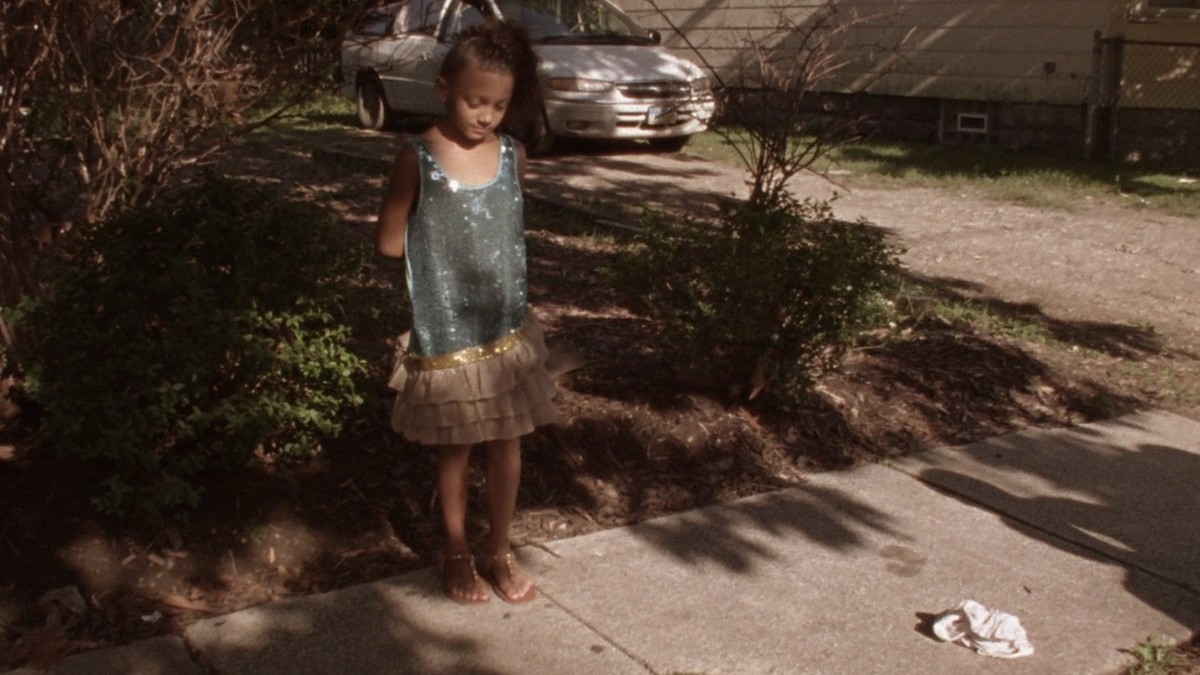 Round Seven by Kevin Jerome Everson at the HFA

Rigorously divided into seven parts corresponding to the seven rounds fought between boxers Art McKnight and Sugar Ray Leonard in a 1978 Mansfield match, Round Seven stresses the alternately wistful, proud and frustrated recollections of losing contestant McKnight over dreamy footage of the boxer practicing his strokes in a darkened ring.

DeCarrio Antwan Couley, Everson’s son, was murdered in 2010, and Ears, Nose and Throat is the second of the director’s films (following 2016’s Shadeena) to reflect on the tragedy. As in the prior film, Everson takes a roundabout angle on the events by centering his attention on Shadeena Brooks, a woman who witnessed the incident in front of her home. Here, her trauma is manifested physically as she undergoes a hearing test at the doctor’s office, the left-to-right beeping of which becomes a crucial formal element in the film’s construction. As Shadeena recounts the story in voiceover, footage of her misidentifying the directionality of the beeping devastatingly materializes the toll of gun violence on African-American bodies.

In this striking single-panel sketch, a cleverly bifurcated composition shows a man on one half of the frame tending to an engine on the side of the road while another man shadowboxes on the opposite side, possibly to keep warm in the Midwestern winter. Throughout, the 16mm image skips and stutters, creating a visual analogue to the rhythm of the boxer’s gestures.

Emergency Needs centers around a press conference recorded after the Hough Riots of July 1966 with Carl B. Stokes, then Cleveland’s (and the nation’s) first Black mayor. Employing split-screen, Everson juxtaposes Stokes’s appearance against a word-for-word re-staging with actress Esosa Edosomwan, provoking a heightened awareness of the moment-to-moment complexities of the high-pressure public performance.

Everson explores petty criminality as a form of economic necessity in Fe26 by depicting a pair of copper thieves scouring the streets of East Cleveland for vulnerable manhole covers and crowbars (objects actually sculpted by the filmmaker but placed in the scene as “real”). The men describe their daily routines and struggles atop a montage of their assorted misadventures.

Shot over a particularly snowy winter in Mansfield, Ohio, the wistful Company Line resurrects the submerged history of the town’s earliest Black neighborhood via the testimonies of past residents and local workers—among them a pensive plowman whose evening routes through the historic streets form a key structuring element. Alternating between crude prosumer video imagery and warm 16mm color footage while peppering its soundtrack with various recurrences of a hit song by a sixties African-American girl group, the film creates a poignant weave of past and present, exploring a largely forgotten community through its reverberations into the modern day.

In this wry comic miniature, a man, presumably celebrating his 93rd birthday, gradually blows out 93 candles on a cake in slow-motion, failing numerous times before finally extinguishing all remaining light.