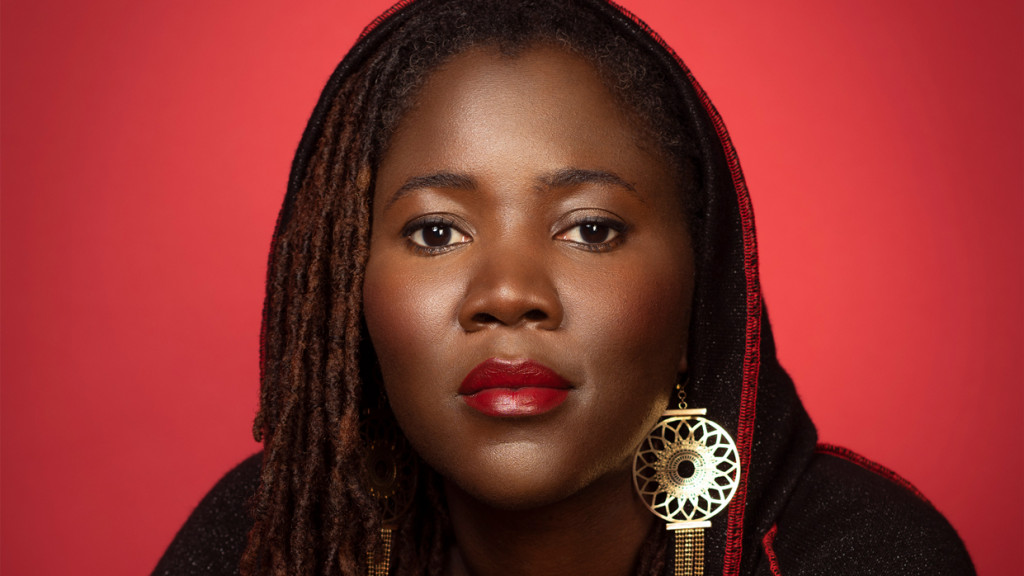 We are thrilled to announce that filmmaker Alice Diop has been awarded the 2022-23 Gardner Film Study Center Fellowship. Diop’s films will be screening at the Harvard Film Archive March 25 – April 10. She will present her latest film Saint Omer in person at the HFA on April 10 and will join the FSC fellows’ Nonfiction Workshop on April 11.

Born in the largely immigrant banlieues of outer Paris to Senegalese immigrants, Diop became indelibly marked by her milieu from a young age and, like the many African and Arab subjects in her documentaries, came to regard the city center as something at best insufficiently welcoming, at worst outright hostile, to non-white outsiders. Though she earned a master’s in history, a doctorate in visual sociology, and a degree in documentary filmmaking from La Fémis, Diop didn’t pursue a life in the reputable quarters of academia—which is not to say her studies do not profoundly inform her art. Instead, she returned home to bear witness to the communities she grew up around, a self-described obsession that has now spanned over a decade’s worth of films. Inspired by figures like Jean Rouch, Maurice Pialat and Claire Denis—all of whom are widely regarded as purveyors of unsentimental, poetically tinged naturalism—Diop trains her camera on the mundane. Her subjects are workaday Parisians, many of them long-distance commuters, whose lives are shaped in ways both imperceptible and overt by the injustices of modern-day France.

With Saint Omer, Diop has made what many have called her first leap into fiction, though the film, albeit indulging further formal interventions than before, is ultimately not so distinguishable in intent or method from her prior work. (In one particularly notable parallel, we see shot-on-DV home movie footage of the film’s protagonist as a child that uncannily resembles the home videos from Diop’s own vault that recur throughout We.) Motivated by the 2016 infanticide trial of Fabienne Kanou, which Diop attended of her own volition, Saint Omer conjures a modern-day hybrid of The Passion of Joan of Arc (1928) and Medea (1969) that’s gripped by the concerns coursing through Diop’s documentaries: the phenomenological experience of the immigrant in France, the reverberations of history, the inextricable bonds of family and the complexities of the mother-daughter relationship. As a piece of testimony to a multifaceted woman who has been othered by the French judicial system and media, the film is also in line with the modest but essential aim at the core of Diop’s entire filmography: the desire to represent the unrepresented and, as it’s put in We, to “have a souvenir” of lost time.
– Carson Lund

The Gardner Film Study Center Fellowship, established in the name of pioneering filmmaker and FSC founder Robert Gardner, is awarded annually to outstanding filmmakers around the world. The fellowship comes with a $10,000 stipend to be directed to a filmmaker’s work and an invitation to join the community of FSC fellows and CMP students at Harvard for a short visit including a series of screenings and discussions.