György Kepes’s legacy as an artist
We tend to forget about the humanist aspect of those new art forms that came into existence in the wake of the cybernetic culture and technological advancement in the post-war era. The Hungarian-American painter, photographer, designer, theoretician, educator and impresario Gyorgy Kepes is often associated with the term “American Bauhaus.” First the assistant and then the collaborator of his compatriot, the constructivist painter, filmmaker and media theoretician László Moholy-Nagy, Kepes gained access to the most influential circles of the European avant-garde movement already in the very beginning of his career. After his immigration to the US in 1937 he was appointed as head of the Light Department of the New Bauhaus/School of Design in Chicago. There, he extended the aesthetics of the camera-less abstract photography, terming his invention as “photodrawing” and “photopainting.” He held classes on drawing and publicity design, experimented with camouflage technologies and started to write his textbook on visual education entitled Language of Vision (1944). Based on his recognition as an artist–instructor in 1946 he was invited to the Massachusetts Institute of Technology (MIT), where he taught design fundamentals to architecture students.

György Kepes’s agency not only served as an important historical precursor and reference point for some contemporary phenomena that we use as a cliché today like “visual culture” or “new media art,” but his approach to integrate art into society aimed to create a new aesthetic for the civic space based on a collective sensory experience. Kepes borrowed the concept of homeostasis and thermodynamics from the natural sciences as an analogy to describe the optimal conditions of the living organisms and the correcting mechanisms inside the cybernetic systems. By doing so, his intention was to foster the integration of the synthetic and natural environment through technology with the purpose of regaining the “lost paradise” in our corroded man-made world. To make his case, in 1967 Kepes founded the Center for Advanced Visual Studies at MIT to dovetail fellow artists with poetic vision, conceptually minded scientists and engineers possessing the new arsenals of technology. The goal of this unusual teamwork was to collaboratively produce site-specific environmental works presaging climate awareness and the concept of the Anthropocene (e.g. Boston Harbor and Charles River projects, 1968–1972). While the pivotal exhibition Kepes curated in 1951 at MIT entitled The New Landscape in Art and Science lifted the veil from the hidden structure of the macroscopic universe, his public artworks were known for their monumental scale.

The most appropriate linchpin between Kepes’s private and public art was the energizing quality of light—an indispensable ingredient of all his experiments. He regarded light as an absolute and symbolically charged kinetic form representing an infinite spatiality and the most potent tool for artistic communication (e.g. Programed light mural for the KLM ticket office, New York, 1959; Light Tower, Baltimore, 1964; The Nightscape of the City, Milan Triennial, 1968; Photoelastic Walk, MIT/Explorations, 1970; Blue Sky on the Red Line at Harvard Square, Cambridge, Mass., 1985). The luminous signals also gained an importance as a historic phenomena, manifested in the exhibition Light as a Creative Medium featured in 1965 in the Carpenter Center for Visual Arts at Harvard. Knowledge, vision and light were corresponding categories in his philosophy. Having this in regard we shouldn’t wonder why the most evident sinew of Kepes’s pan-artistic enterprise termed “interthinking” and “interseeing” were the 6+1 volumes of the Vision + Value series he edited between 1965 and 1972. These books outlined the integrity of disparate fields in the natural and social sciences as well as in architecture and design with the intention to intensify our “creative awareness” and to enrich the potentials of the maimed and dwindling world that we live in. 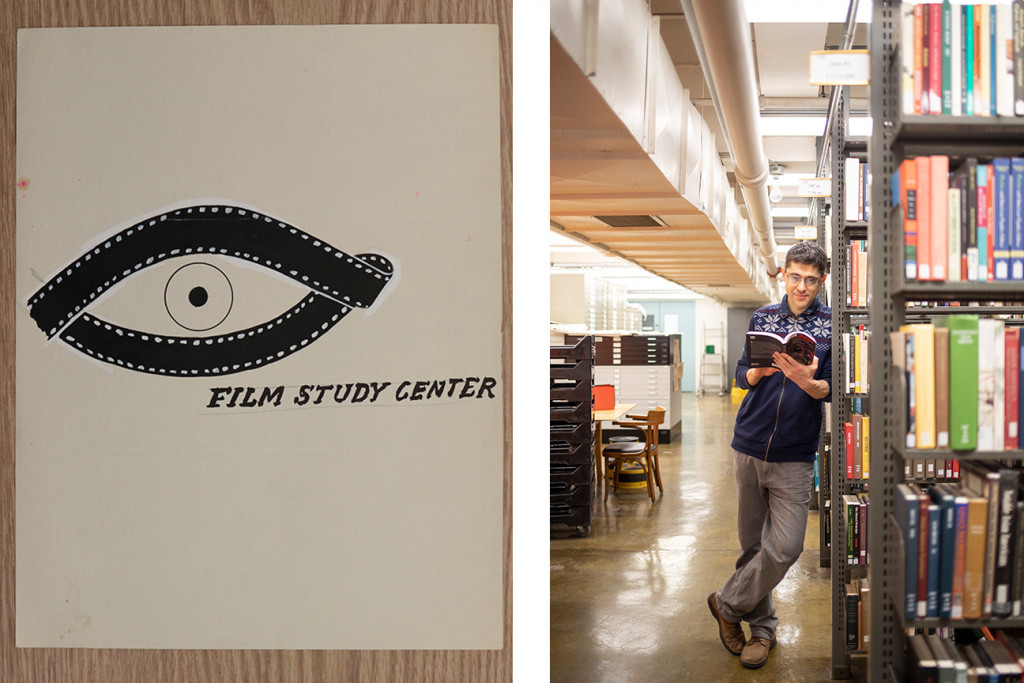 Kepes’s second logo design for the FSC (courtesy of the Kepes estate) and author Márton Orosz at MIT’s Hayden Library, conducting research for his Kepes book, 2018

The history of the FSC logo
György Kepes’s program as an artist and scholar centered around the intellectual concept of artistic vision, the unifying power of the sensory, emotional and rational domains of human perception. His sentiment was to teach people to see more fully. The commissions Kepes received as a commercial artist gave him an opportunity to exercise the ideas he articulated in his writings about the necessity to transgress the boundaries between different media. Kepes was a popular graphic designer in the post-war period—he designed book jackets, covers and illustrations for A-D, Arts & Architecture, Beacon Press, Domus, Interiors, Little Brown, Saturday Review and The Atlantic Monthly, among others. We can easily refer to him as the first professional Boston-based artist who managed to introduce a visual style associated with the Bauhaus-type modernism, freed from any previous traditions and preferring a clean combination of gestalt formalism, geometric simplicity and color functionality along with a legible, purist typography, expressing a succinct message. Kepes’s works largely influenced the next generation of graphic designers centered around MIT and Harvard, such as Muriel Cooper, Jacqueline Casey, Ralph Coburn, Carl Zahn, and Toshihiro Katayama. Kepes’s designs produced in the mid-century were highly innovative as they were aiming to combine the ambivalence of the implied, eluding idioms with the principles of stability and structure. The brochures and posters he created for the Boston Institute of Contemporary Art (ICA), a cover for the Task magazine issued by Harvard GSD, several book covers for the John Wiley & Sons Inc. and Technology Press (predecessor of MIT Press) as well as booklets for the MIT School of Architecture and Planning expressed his notion about “the communication of sensations, feelings and thoughts.”

The commission for the logo Kepes outlined for the FSC in 1957 around the time it was established at Harvard was in accordance with this tradition. The black-and-white sketches produced with ink on paper represent two entirely different ideas; however both function as a simple and imaginative visual identity referring to the iconography of the cinema. The first emblem shows a dot inside a cartouche of a coiled film strip insinuating the homology with the human eye, accompanied by the full name of the Film Study Center drawn in serif letters. The second is more compact, elaborated and puzzling in its form consisting of the acronym FSC, while the letter “S” in the middle is blown up in a way to conjure up a stylized film roll as being thread to an editing table or to a film camera/projector. Both designs employ a persuasive vocabulary and their visual aesthetic suggests a kinetic basis of change and movement, which were recurrent subjects in Kepes’s body of work. As a close friend of its founder Robert Gardner, Kepes must have witnessed the Film Study Center’s move in 1964 to Le Corbusier’s freshly built Carpenter Center for the Visual Arts facing Harvard Yard. There, Kepes not only lectured as a guest professor in the subsequent years, but also curated and participated exhibitions focusing on the language of the new media. Kepes was even approached with an appointment to be the new director of the Carpenter Center right at its genesis, but he kindly rejected the offer.

Writing and filming Kepes’s first biography
I started to conduct an extensive research on György Kepes’s life and work some 15 years ago as the basis for writing his first biography. I systematically visited archives, collections and estates across the globe to garner the details of his largely dispersed work, piece by piece. This is how I came across the original sheets of his FSC logotype in early 2019 while I was rummaging through some unchecked boxes in the Archives of American Art at the Smithsonian Institution in Washington, D.C. (The largest portion of Kepes’s papers was acquired by Stanford University in 2010.) My book, which already exists in the form of a manuscript, has the purpose of shedding light on the animated life of a pioneering, yet lesser-known artist, but it also aims to serve as a case study of an entrepreneur who was striving to fill the gap between the humanities and the sciences. What I am mostly interested in my scholarship are the spawning contradictions Kepes was facing to and gained his energies from during his career. The seemingly paradoxical nature of his enterprise that offered the first art education program in the curriculum of a technology-centered university, his fame as a fruitful painter creating baffling lyrical abstract canvases in solitary retreat, versus his “social activism” manifested in collaborative projects embracing the notion of participatory democracy, are the cornerstones to which my project is anchored. I am addressing the same aspects in a biopic documentary film that I am currently producing on Kepes as the recipient of the Structurist Award at the University of Saskatchewan.