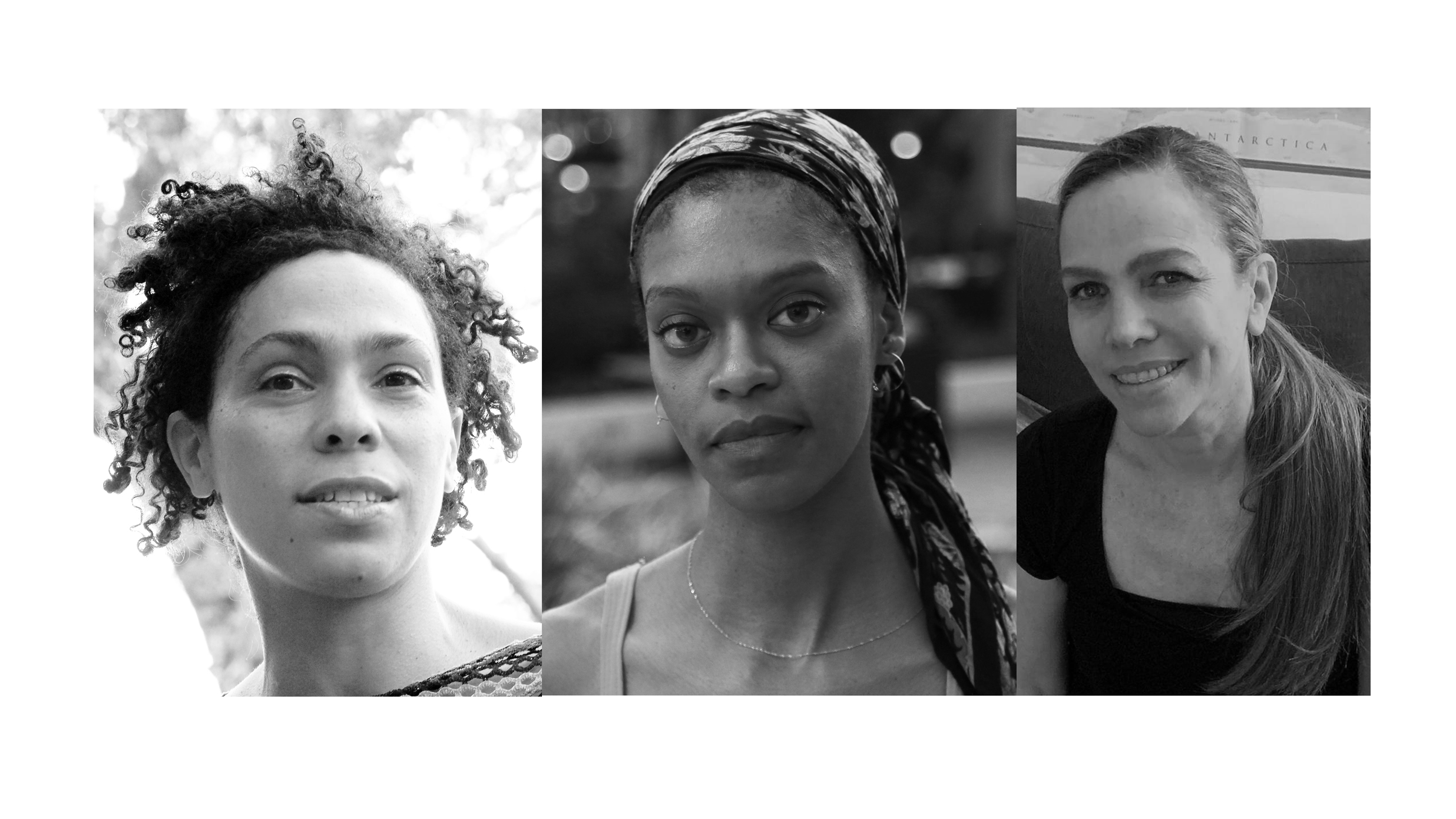 We are delighted to announce that Grisha Coleman, Faren Humes, and Sandra Kogut are 2021-22 Radcliffe-FSC Fellows. We look forward to welcoming them in the fall.

Grisha Coleman is a time-based artist working in performance, experiential technology, and sound composition. She is an Associate Professor of Movement, Computation and Digital Media in the School of Arts, Media and Engineering at Arizona State University. Her practice and research explore relationships among our physiological, technological and ecological systems. Her art and scholarly work echo::system is a springboard for re-imagining the environment, environmental change, and environmental justice through assembled dance, sound/visual media, and computation. Her current project, The Movement Undercommons, builds a repository of movement data-as-vernacular lexicon, centered around identity and embodied cultural experience.

Faren Humes is a filmmaker from Miami + Sanderson, Florida who works with narrative and documentary conventions to explore and invoke Black continuation. Her films have screened at Berlinale, Internationale Kurzfilmtage Winterthur, SXSW, AFI Fest, New Orleans Film Festival, the Chicago International Film Festival, and the Miami Film Festival. She is a Guggenheim fellow, United States Artists fellow, and featured in Filmmaker Magazine’s 25 New Faces of Independent Film. Her upcoming feature hybrid This is A Sacred Place. And So Too Are We furthers a body of work concerning displacement in Liberty City, Miami, Fl.

Sandra Kogut began as an artist making film and video before turning to documentary and fiction films. Her early work includes the prize-winning 1991 Parabolic People (shot in Paris, Moscow, New York, Tokyo, Rio, and Dakar) and the documentaries Adiu Monde (France, 1997), Un Passeport Hongrois (France/Belgium/Hungary/Brazil, 2001) and Passagers D’Orsay (France, 2003). Kogut’s first feature-length fiction film Mutum (Brazil/France, 2007), premiered at the Cannes Film Festival before going on to numerous festivals worldwide and receiving more than twenty awards. While a guest of the DAAD Artists-in-Berlin Program, she wrote the script of her next feature film Campo Grande (Brazil/France, 2015), which premiered at the Toronto International Film Festival, as did her latest feature Três Verões (Brazil/France, 2019). Parallel to her work as a director, Kogut was for many years a tenured professor at the École des Beaux-Arts (Strasbourg, France) and at UC San Diego and has also taught at Princeton University and in the Graduate Film Program at Columbia University (NYC). Since 2015 she has been a regular live commentator on the three-hour TV news program ESTUDIO-I broadcast by the Brazilian GloboNews network. She lives and works between Rio de Janeiro, Paris, and Princeton.